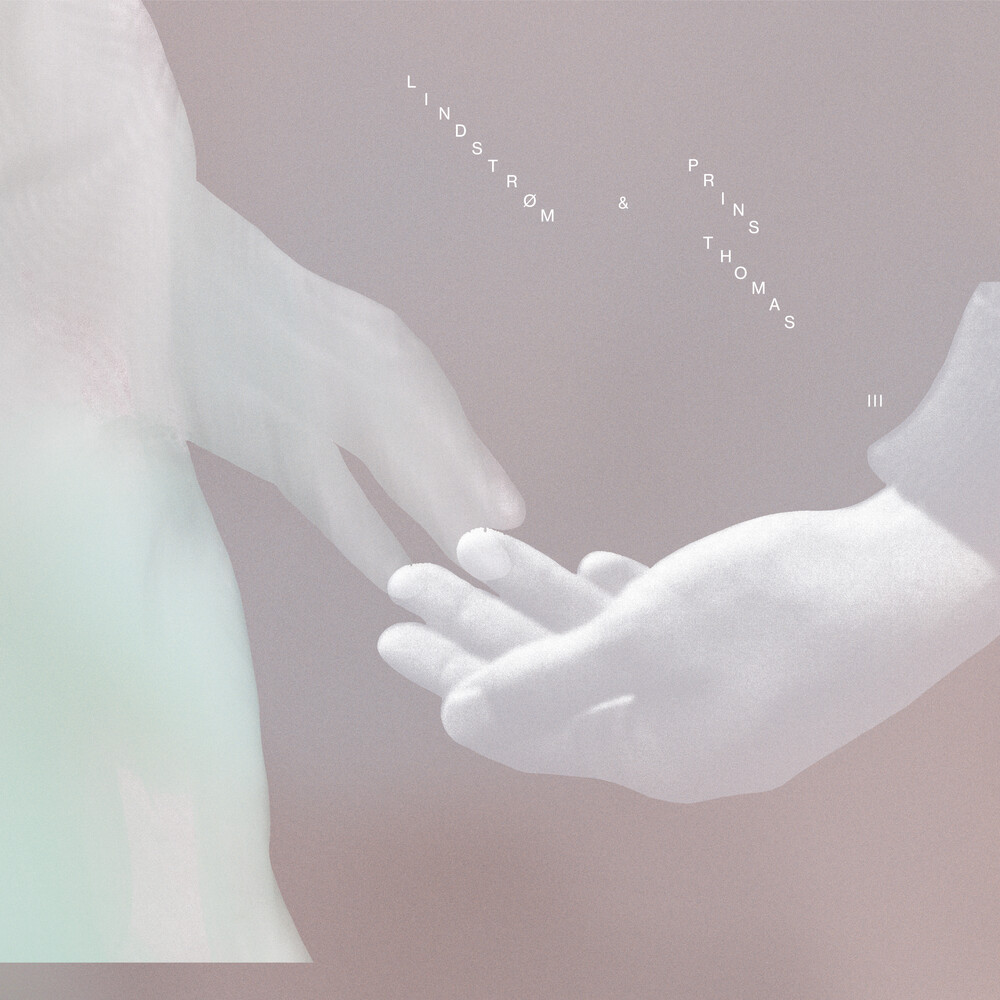 When Lindstrom and Prins Thomas get together, expect the unexpected. TheNorwegian production duo's third album III is also their first outing together ineleven years, since II from 2009-and as ever, Lindstrom and Prins Thomas havecrafted their own unique sonic world between the two of them. This is expansive,luscious electronic music rich with texture and intricacy, patiently revealing everyeccentricity while constantly pulling the listener in. Getting lost never sounded sogood.Since the release of II, Lindstrom and Prins Thomas have remained more thanbusy with their respective solo careers, but work on III was taking place behindthe scenes the whole time-slow and steady by sending files back andforth. "There's a different process with every album," Thomas explains. "With thefirst two albums, we had a door between separate rooms in the studio, so I couldopen my door and play him something. We also toured together a lot after the firstalbum, and after that experience we realized that we work better together at adistance. We're doing our best work by not worrying too much about what theother one of us is doing."Eventually, the bulk of III came together over the last year, as Lindstrom and PrinsThomas teamed up to craft a lush and lovely work that recalls the hazyatmospherics of Air, the loose-fit jazz of Lonnie Liston Smith, and the genreresistant electronic music that both artists have made their name on over thecourse of their impressive careers. "Our partnership is very democratic-we neverturn down each other's ideas. And if it goes wrong, we blame it on the other guy,"Thomas says with a laugh. "The tracks that Lindstrom sent me this time werealmost like standard house tracks. I already had an idea of what I wanted to do, soI forced those tracks into new shoes and dresses."Above all else, III is a testament to the adventurousness of Lindstrom and PrinsThomas when it comes to soundcraft. Both artists have established separatecareers on bodies of work that feature infinite twists and turns, thrilling theiraudiences with the suggestion of where they've been and where they're about togo. Together, they've crafted what might be their most beguiling and inviting workyet, a jeweled box of electronic music ornately crafted but never losing the senseof playfulness that so many have come to love from them.
120 East Washington Street, Goshen, IN 46528 574-971-8282 Store Hours Monday-Thursday 10:30-5:00, Friday-Saturday 10:00-8:00.