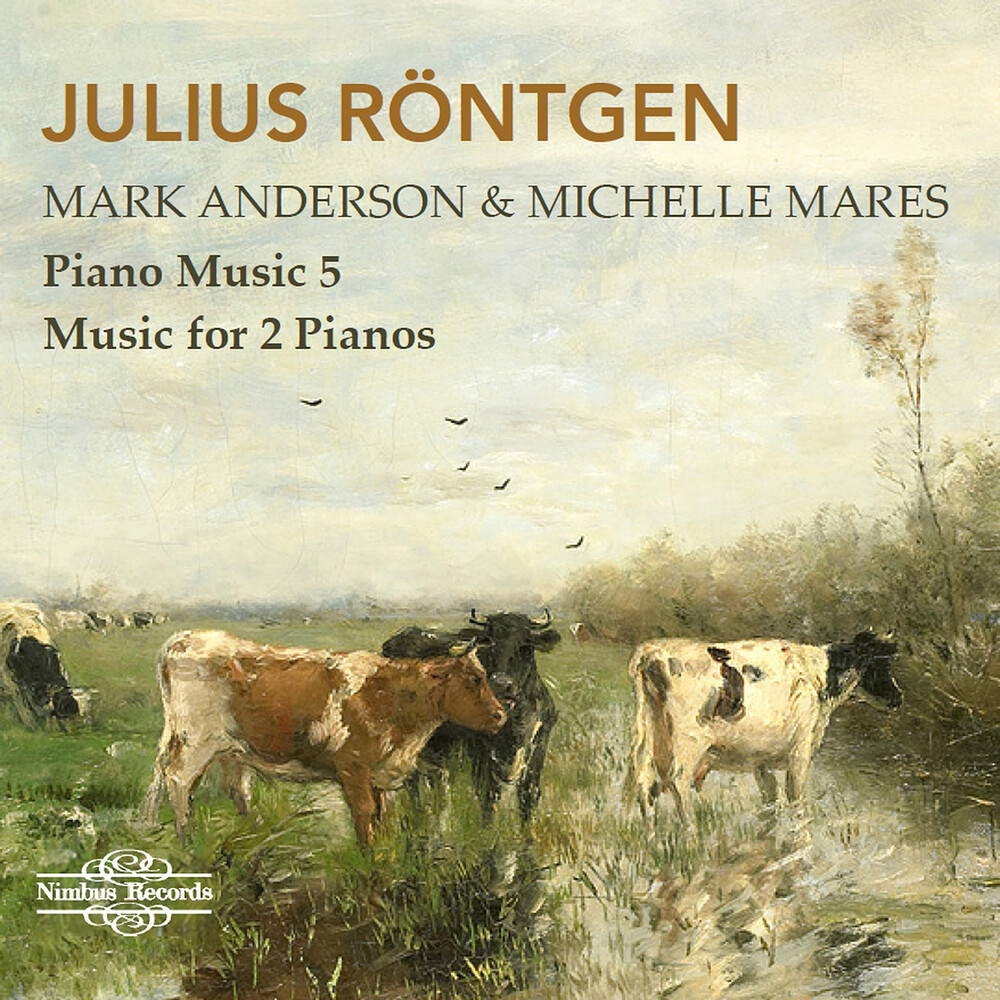 This recording offers the listener an interconnected view of romantic and postromantic repertoire for two pianos, much of it unknown and even unpublished, until now. The best-known work here is Brahms' Variations on a Theme by Haydn, Op.56b but there are other works included that deserve wider circulation and exposure. The two sets of variations by Carl Reinecke (1824-1910) are exquisite examples of 2-pianowriting and exhibit attractive traits of the Leipzig School, at times providing strong echoes of Schumann and J.S. Bach, quite overtly in his Variations on a Sarabande by J.S. Bach. Likewise, the two sets of previously unpublished works by Julius Rontgen (1855-1932), whose early works are well-rooted in that same Leipzig School, reveal a mastery of composition in the 2-piano genre, an area in which he is currently unknown. Chamber music, concerti and even symphonies, alongside the growing popularity of his solo piano music, are well known genres for Rontgen. However, this recording presents Röntgen's debut as a composer in the 2-piano medium. In our opinion, his success is as astounding as the obscurity of these works is bewildering.
120 East Washington Street, Goshen, IN 46528 574-971-8282 Store Hours Monday-Thursday 10:30-5:00, Friday-Saturday 10:00-8:00.