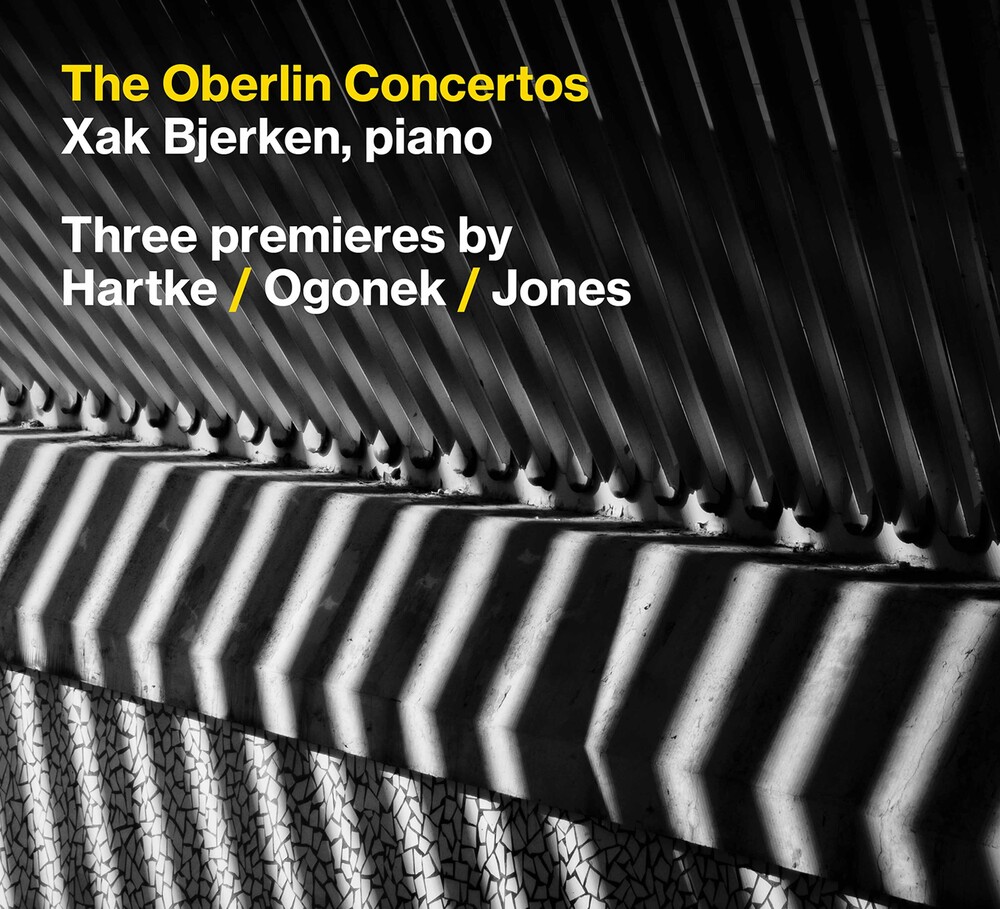 The concept that led to The Oberlin Concertos was initially hatched in a conversation between pianist and educator Xak Bjerken and a former student, Oberlin Conservatory composition professor Jesse Jones. It was Jones who suggested writing a chamber concerto to be premiered by his friend and mentor, and it was Bjerken-a former longtime member of the Los Angeles Piano Quartet and a veteran soloist with the L.A. Philharmonic and other ensembles-who was immediately hooked. Their plan gave rise to another commission-for the chair of Oberlin's Composition Department, Grammy Award-winner Stephen Hartke-and then another, for fellow composition faculty member Elizabeth Ogonek. The resulting works were recorded in three sessions over a two-year span, with Bjerken joining forces with Oberlin's Contemporary Music Ensemble and conductor Timothy Weiss in the conservatory's Clonick Hall studio, in addition to presenting the world- premiere performance of each piece on campus.