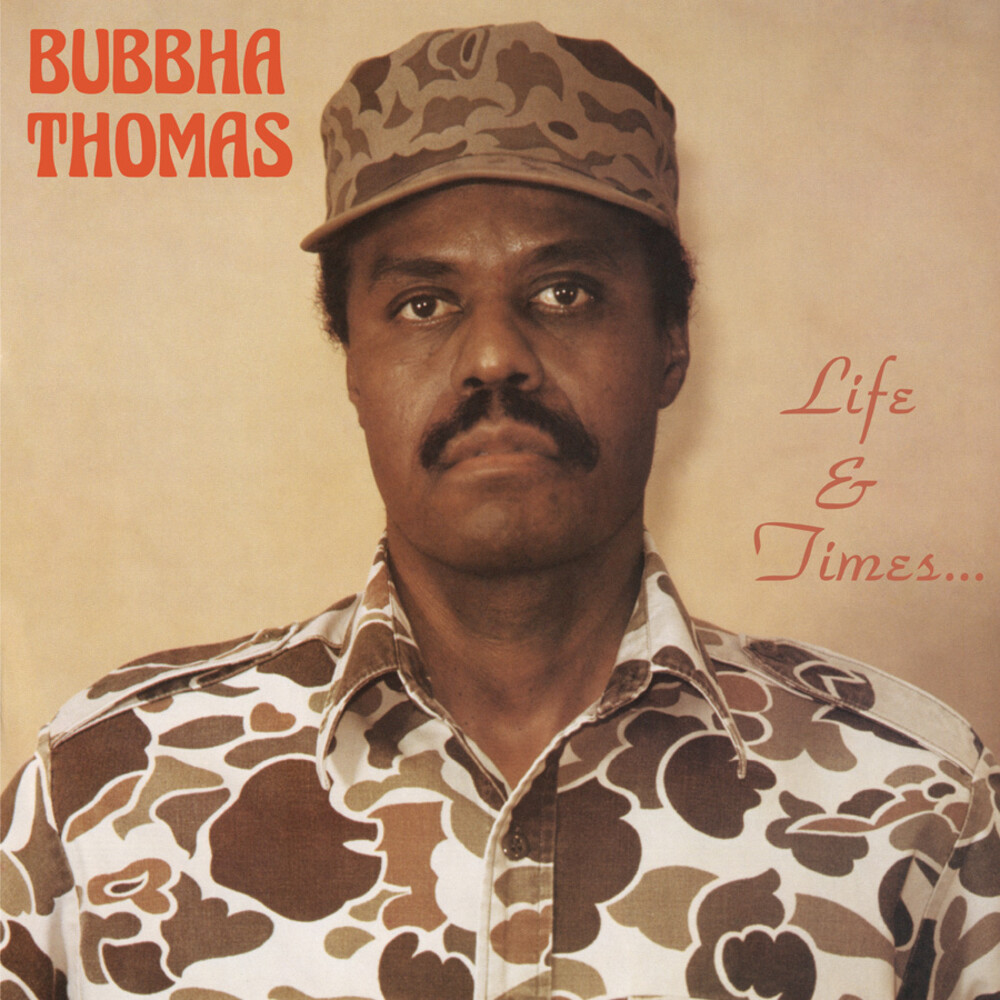 Houston's reputation for developing first-class jazz acts is well-established, as a stream of young players has been distinguishing themselves for decades... among those musicians and mentors who stood tallest, Bubbha Thomas was no exception (and a major key-player) in this long tradition of talent. Before becoming an artist and educator, Bubbha Thomas (born 1937) was a Fourth Ward kid who grew up in a music-filled household. In High School, he divided his time between music & basketball (he excelled at both) and studied with jazz legend Conrad "Prof" Johnson. "Prof" would later bring jazz glory to Texas with the Kashmere Stage Band, the group of teenagers who would win the "Best High School Stage Band In The Nation" prize in Mobile, Alabama in 1972 and who were anthologized in 2006 on Now-Again's 'Thunder Soul' (which led to the 2010 Jamie Foxx documentary of the same name). After finishing college, Bubbha got drafted in the service (he was a Korean War veteran) and would return to Houston in the early 1960s where he found work as a session drummer for the Duke and Peacock labels. Thomas drummed on recordings by O.V. Wright, Buddy Ace and the Mighty Clouds of Joy. He was playing his own stuff and backing luminaries such as R&B singer Chuck Jackson and homegrown legends like Lightnin' Hopkins. Bubbha Thomas also teamed up with some of his equally legendary peers (like guitarist Melvin Sparks & organist Leon Spencer) and eventually established his own group, the Jazz Merchants. Bubbha learned every style that was thrown at him and he played straight-ahead jazz with renowned artists before the political and social upheaval of the late 1960s led him to a path first charted by Coltrane and Sun Ra... The result of these newfound influences was the incredible spiritual jazz ensemble 'The Lightmen', who released four incredible recordings in the 1970s. Their first album 'Free As You wanna be' predates the deep-set, maverick jazz issued by the likes of Tribe and Strata East and is a harbinger of some of the best in the 1970s jazz underground. The Lightmen albums eventually fell out of print until 2017 when the Now-Again record label brought them back into circulation and generated new interest in Bubbha Thomas' work. Thomas had a storied career as a drummer and bandleader, but perhaps his most enduring work is that as a founder of Houston's Summer Jazz Workshop, a remarkable program that nurtured upcoming talent for generations... we can't begin to count the number of young people who benefitted from the exposure to music-arts because of Bubbha Thomas and what he meant to the Houston music community. In his career he earned five Grammy nominations and authored a pair of books. Next to this he was also a writer/editor for several local newspapers, ran one of the first Houston African American Television shows and he hosted a radio program on KYOK. Impressive to say the least! Bubbha Thomas passed away in March 2020 at the age of 82. It was obvious he was a principled, fiery & wise person... and any anger he felt at America's (and the world's) injustices he met with music, intellect, activism and unity! Next to his work with 'The Lightmen', Bubbha also released the fantastic (solo) album 'Life & Times' in 1985. 'Life & Times' (which we are proudly presenting you today) is particularly interesting to boogie-enthusiasts because of it's high doses of funky twerks, solid grooves, crazy synth work, soulful vocals and excellent drum-beats courtesy of Mr. Thomas himself. You'll quickly find yourself shaking hips the moment the needle hits the first track! The whole album is backed by a fantastic cast of all-star players and includes Howard Harris (Ruth Copeland), Dwight Sills (Bobby Lyle - TLC), Jerry McPherson (Donna Summer), Leo Polk (Kashmere Stage Band), John Gordon (Strata-East) and Jackie Simley (Queen Latifah - Lionel Richie). All of the above makes this LP an essential purchase for any self-respecting fan and collector. Tidal Waves Music now proudly presents the FIRST ever vinyl reissue of this fantastic album (originally released in 1985 on Lightin' Records). This rare record (original copies tend to go for large amounts on the secondary market) is now finally back available as a limited 180g vinyl edition (500 copies) complete with the original artwork.
120 East Washington Street, Goshen, IN 46528 574-971-8282 Store Hours Monday-Thursday 10:30-5:00, Friday-Saturday 10:00-8:00.