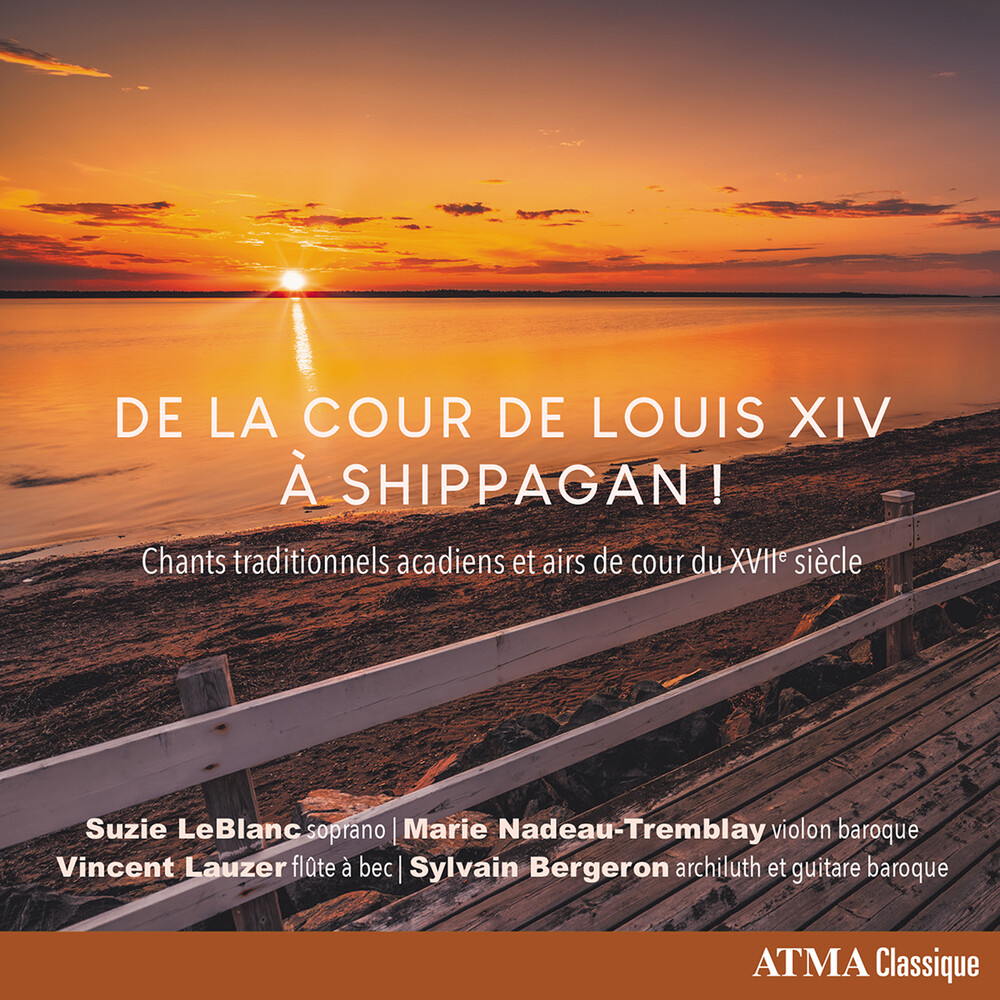 Acadian soprano Suzie LeBlanc returns with de la Cour de Louis XIV à Shippagan, a fascinating album that pairs French airs de cour with traditional Acadian songs. Ellen Torrie, soprano and guitar; Marie Nadeau-Tremblay, baroque violin; Vincent Lauzer, recorder; and Sylvain Bergeron, baroque guitar and archlute, are also featured. LeBlanc chose traditional songs that range from the serious to the comical and arranged them in collaboration with Bergeron, Lauzer, and Nadeau-Tremblay. "My interest in traditional Acadian songs began some twenty years ago, and I have since recorded three albums of this repertoire with ATMA Classique," says LeBlanc. "The majority of these songs come from France. But songs, just like peoples, are nomadic: they have no borders!" "The common airs de cour may have crossed the Atlantic stowed in the baggage of musicians and noblemen" says LeBlanc. "The French nobility who settled in Quebec in the 17th century wanted to reproduce the glories of Versailles, and some of these airs could have reached the shores of Shippagan."