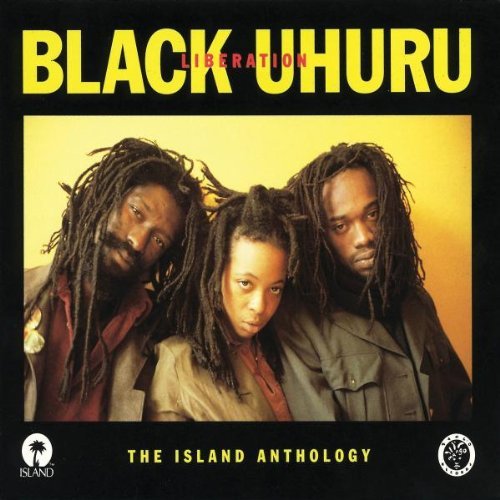 Import only two CD compilation from one of the most important and influential Reggae bands of the 1970s and '80s. Liberation stands as a retrospective of the band's Island years, and a near-comprehensive sampler of their peak material. Led by the stirring, distinctive tenor of Michael Rose and the backing vocals of Sandra "Puma" Jones and Derrick "Duckie" Simpson, Black Uhuru combined a militant political consciousness, traditional Rasta themes, roots rhythms, and a sophisticated sound for a fresh take on the genre. All the group's best tracks are here, including "Sponji Reggae", "Chill Out", and "Sinsemilla", and Sly Dunbar and Robbie Shakespeare's production and drum and bass contributions (critical to the band's sound) are in full flower. Liberation is distinguished from most anthologies by it's emphasis on live versions, alternate studio mixes (including extended Dub treatments), and 12" singles. 28 tracks. Universal.
120 East Washington Street, Goshen, IN 46528 574-971-8282 Store Hours Monday-Thursday 10:30-5:00, Friday-Saturday 10:00-8:00.