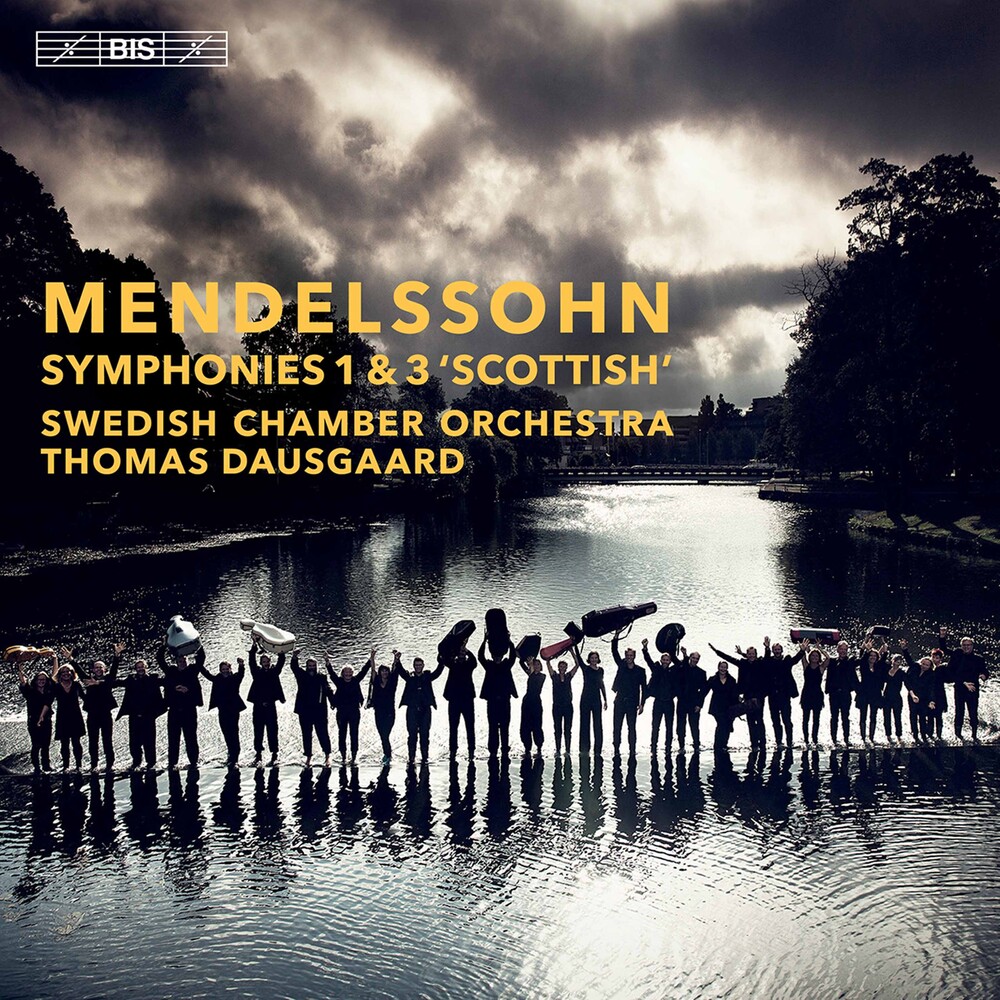 Having begun their collaboration in 1997, the Swedish Chamber Orchestra and it's conductor laureate Thomas Dausgaard have developed an unusually tight partnership. Nowhere is this demonstrated more clearly than in their cycles of the symphonies of Schumann, Schubert and, most recently, Brahms - performances which have been characterized by reviewers as variously 'fresh', 'vivid', 'transparent' and 'invigorating'. Of Mendelssohn the team has previously recorded the incidental music to A Midsummer Night's Dream, a release described as 'capturing Mendelssohn's inimitable spirit' on the website Crescendo. The same disc included The Hebrides, and now the SCO and Dausgaard return to Scotland, with Mendelssohn's 'Scottish' Symphony. This was begun in 1829, after a stay in London during which the composer conducted his Symphony No. 1, also included on this disc. Mendelssohn's imagination was often fired by impressions from nature, and Scotland was the Romantic landscape par excellence, celebrated for it's rugged Highland scenery and melancholy tunes. 'I think that today I found the beginning of my 'Scottish' Symphony', he wrote to his parents after a visit to the ruined chapel at Holyrood Palace in Edinburgh. It took more than a decade for him to complete the symphony - but ever since it's first performance, in 1842, it has been a staple of the symphonic repertoire.