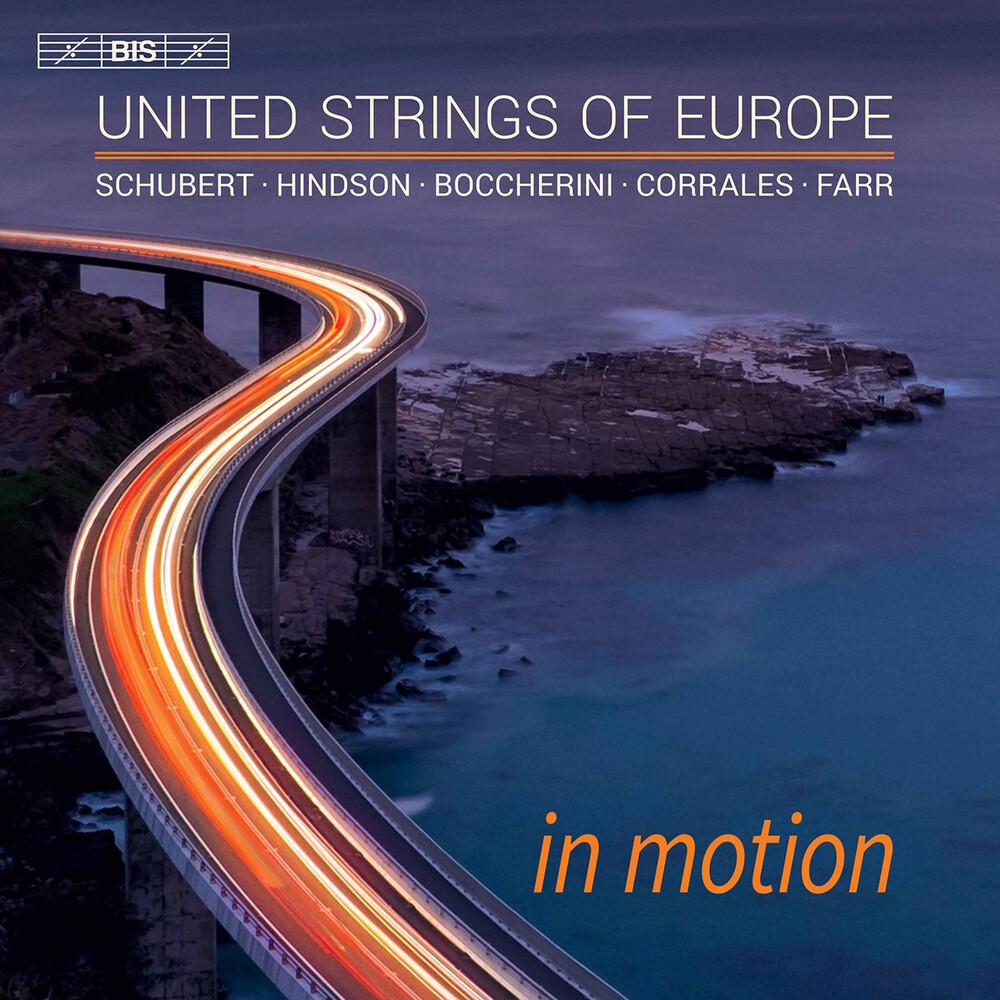 The streets of eighteenth-century Madrid; a contaminated test-bombing site in Australia and a song from El Salvador provide some of the subject matter for this album by the United Strings of Europe (USE). Formed in 2012 by students at London's Royal Academy of Music, the ensemble brings together outstanding players from across Europe. Artistic director is the Anglo-Lebanese violinist Julian Azkoul, who leads from the violin, curates programmes and arranges music for the ensemble. For In Motion, USE's dĂŠbut recording, Azkoul has arranged Boccherini's celebrated and atmospheric evocation of the Nocturnal Music of the Streets of Madrid, in a version that updates the original's flirt with popular music. Far removed both geographically and in mood is Maralinga, Australian composer Matthew Hindson's powerful and haunting work featuring guest soloist Amalia Hall. The programme opens and closes with works for string quartet, composed some 180 years apart in Vienna and New Zealand respectively and heard in bespoke arrangements by Azkoul. Reflecting the ensemble's distinctive voice and multi-national heritage and the wide-ranging interests and stylistic versatility of it's members, In Motion is a roller-coaster ride of an album.
120 East Washington Street, Goshen, IN 46528 574-971-8282 Store Hours Monday-Thursday 10:30-5:00, Friday-Saturday 10:00-8:00.