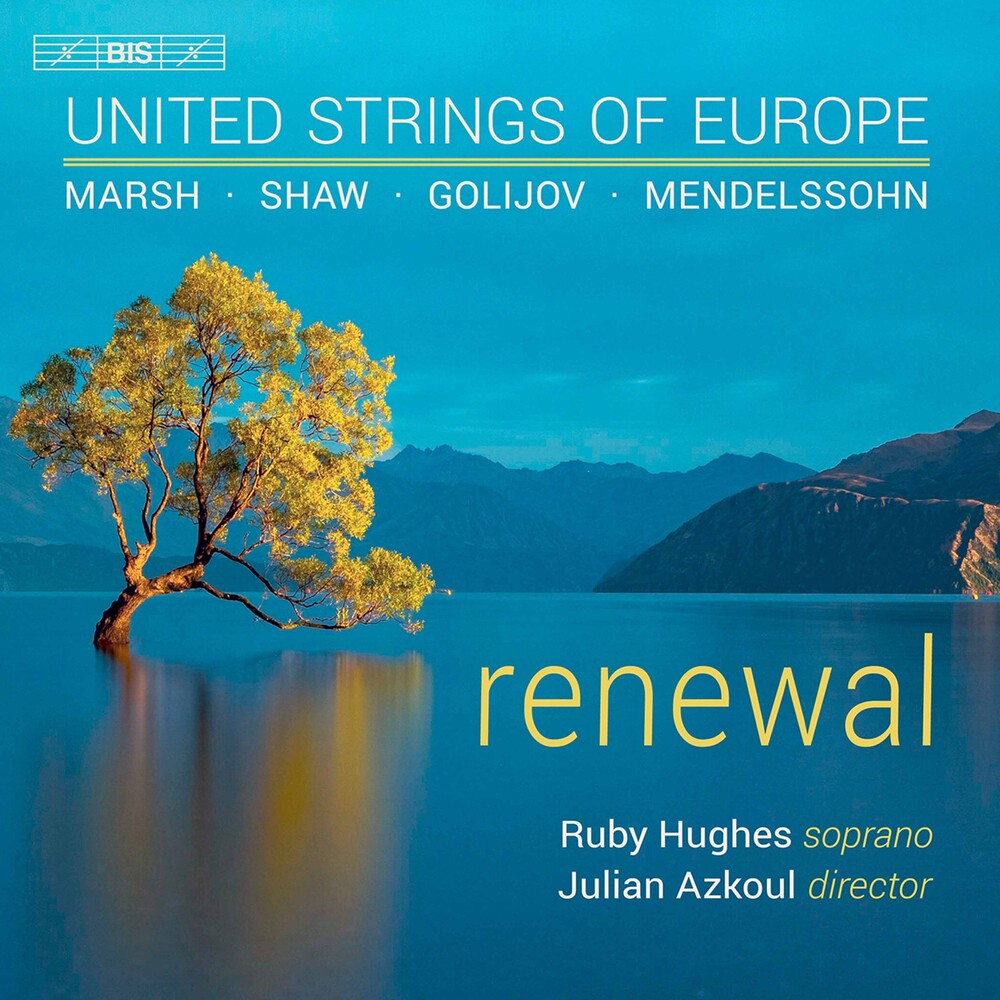 Having released their debut album In motion in 2020, the musicians that make up United Strings of Europe (USE) return with another innovative program: Renewal. The title refers in part to the fact that the majority of the works included are heard in arrangements and adaptations tailormade for the ensemble by Julian Azkoul, who also directs it from the violin. In Winter's House by Joanna Marsh and Caroline Shaw's and the swallow are both originally choral works while a second work by Shaw, Entr'acte, was conceived for string quartet, but is here heard in the composer's own version for string orchestra. A similar treatment has been given Mendelssohn's F minor String Quartet, one of the composer's final works, written in reaction to the unexpected death of his beloved sister Fanny. For the centerpiece of the disc, Osvaldo Golijov's Three Songs, USE is joined by soprano Ruby Hughes. The three songs were written for different occasions, but were rearranged by the composer to form a single work, capturing various strands of his immigrant identity as well as specific moments of inspiration, both felicitous and tragic. This is the first time all three songs appear with string orchestra on album.