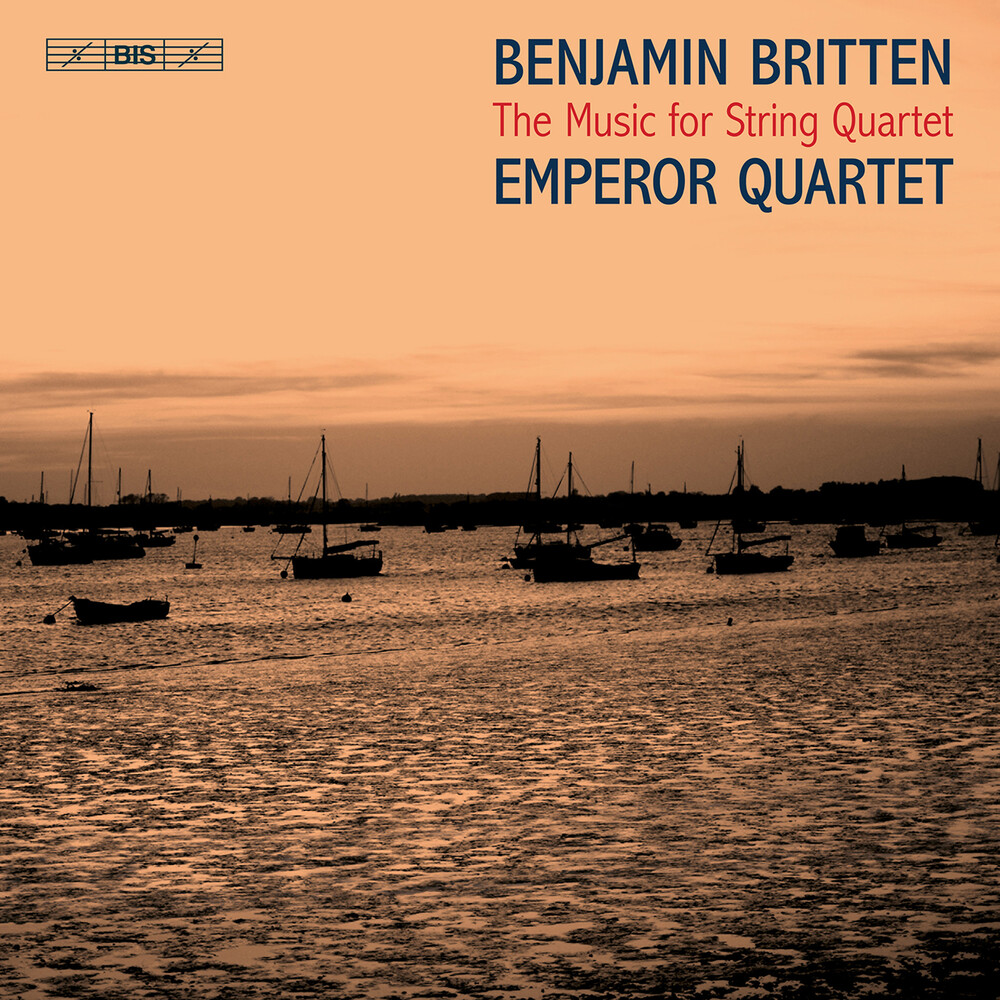 Between 2010 and 2014, the British Emperor Quartet released the three discs gathered here, with all of Benjamin Britten's published music for string quartet - as well as his one work for string quintet, the Phantasy in F minor. Their performances of the three numbered quartets, undisputed masterpieces of 20th-century chamber music, were variously described by the critics as 'stupendous' (Classic FM Magazine), 'a wonderful homage' (Ensemble), and 'a complete cosmos of colors and nuances' (Fono Forum), and the discs received top marks and distinctions in magazines such as Fanfare, Diapason and International Record Review. Britten wrote his String Quartets Nos 1, 2 and 3 in 1941, 1945 and 1975 respectively, but his natural facility in writing for strings was evident from a very early age. The Emperor's set includes a number of youthful works, from the String Quartet in F, by a fourteen-year old schoolboy, to Simple Symphony, composed in 1934 and the work which may be regarded as his breakthrough. The box set includes the original booklets, with insightful liner notes by Britten specialist Arnold Whittall.