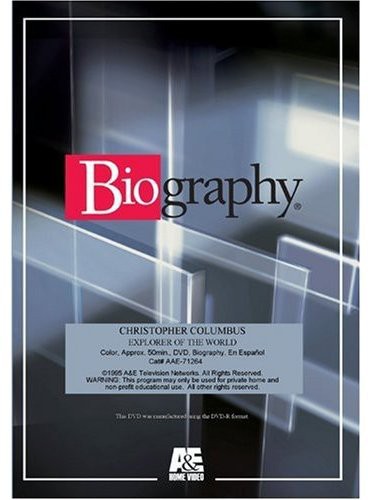 El estaba resuelto a encontrar una ruta occidental hacia Asia, pero por casualidad descubris el Nuevo Mundo. A pesar de sus logros, muris como un hombre quebrantado y olvidado. He was determined to find a western route to Asia, but wound up discovering the New World. But despite his accomplishments, he died a broken, largely forgotten man. Christopher Columbus wanted to find a new route to Asia, but became the first European to set foot on the New World. Evidence now proves that the Vikings were there long before him, but even in his own time later explorers usurped his glory! BIOGRAPHY uses period accounts, rare art and artifacts and interviews with world-renowned historians to tell Columbus's often-reinterpreted story. See how he convinced Ferdinand and Isabella to fund his journey and how he never gave up believing that he had reached Asia. Discover how his fortunes and reputation sank so quickly that by the time of his fourth voyage Spanish officials would not let him anchor in their waters. From the dream that led him across the horizon to the fortunes that deserted him and the ongoing controversy over his true place in history, this is the dramatic story of Christopher Columbus.