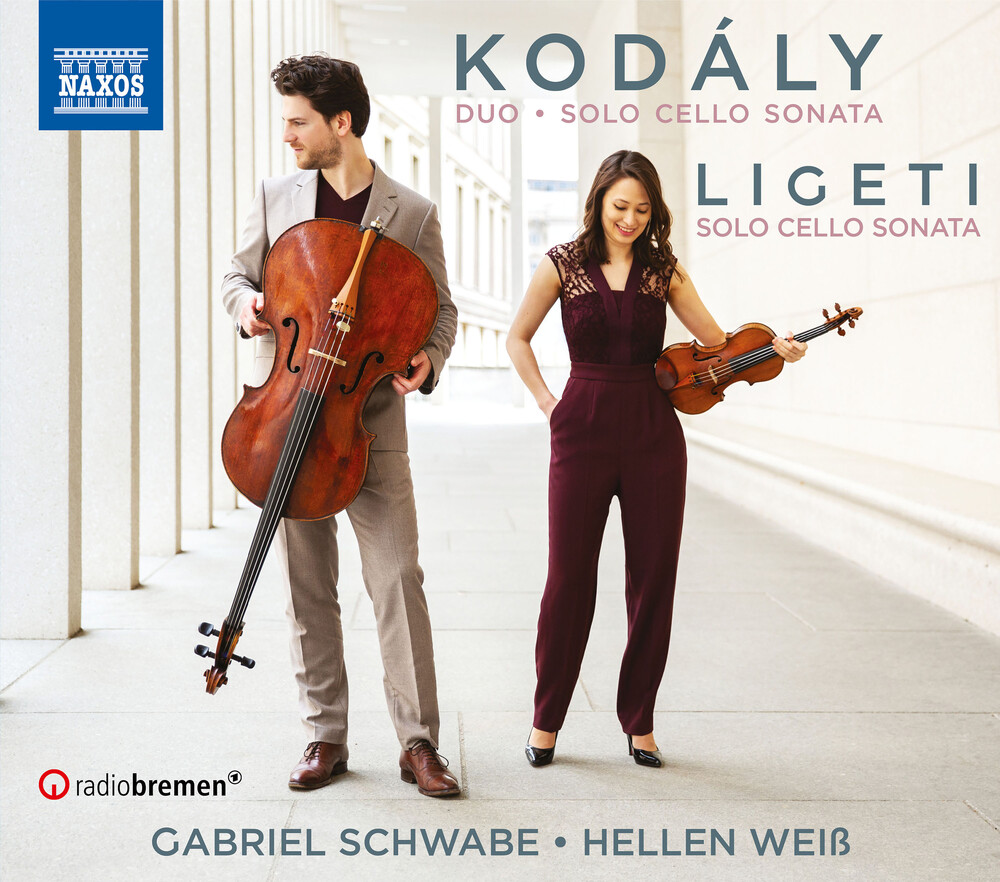 Zoltán Kodály's later years were dominated by a series of choral works but his early reputation centered upon chamber music, notably two string quartets, a Cello Sonata (8.553160) and the two masterpieces heard on this recording. The Duo for Violin and Cello, Op. 7 combines Classical form with folk influence, while the Sonata for Solo Cello, Op. 8, with it's expanded harmonies and tone colours, is one of the greatest solo cello works since Bach's Cello Suites. György Ligeti continued the Hungarian lineage with his Sonata for Solo Cello, a succinct but pivotal work in his compositional development. Gabriel Schwabe has established himself among the leading cellists of his generation. He is a laureate of numerous national and international competitions, including the Grand Prix Emanuel Feuermann and the Concours Rostropovich in Paris. In 2009, he won the prestigious Pierre Fournier Award in London. He is a regular guest at festivals such as the Jerusalem International Chamber Music Festival, the Kronberg Academy Festival and the Amsterdam Biennale, and has performed with artists including Isabelle Faust, Christian Tetzlaff, Lars Vogt, Kirill Gerstein and Jonathan Gilad.
120 East Washington Street, Goshen, IN 46528 574-971-8282 Store Hours Monday-Thursday 10:30-5:00, Friday-Saturday 10:00-8:00.