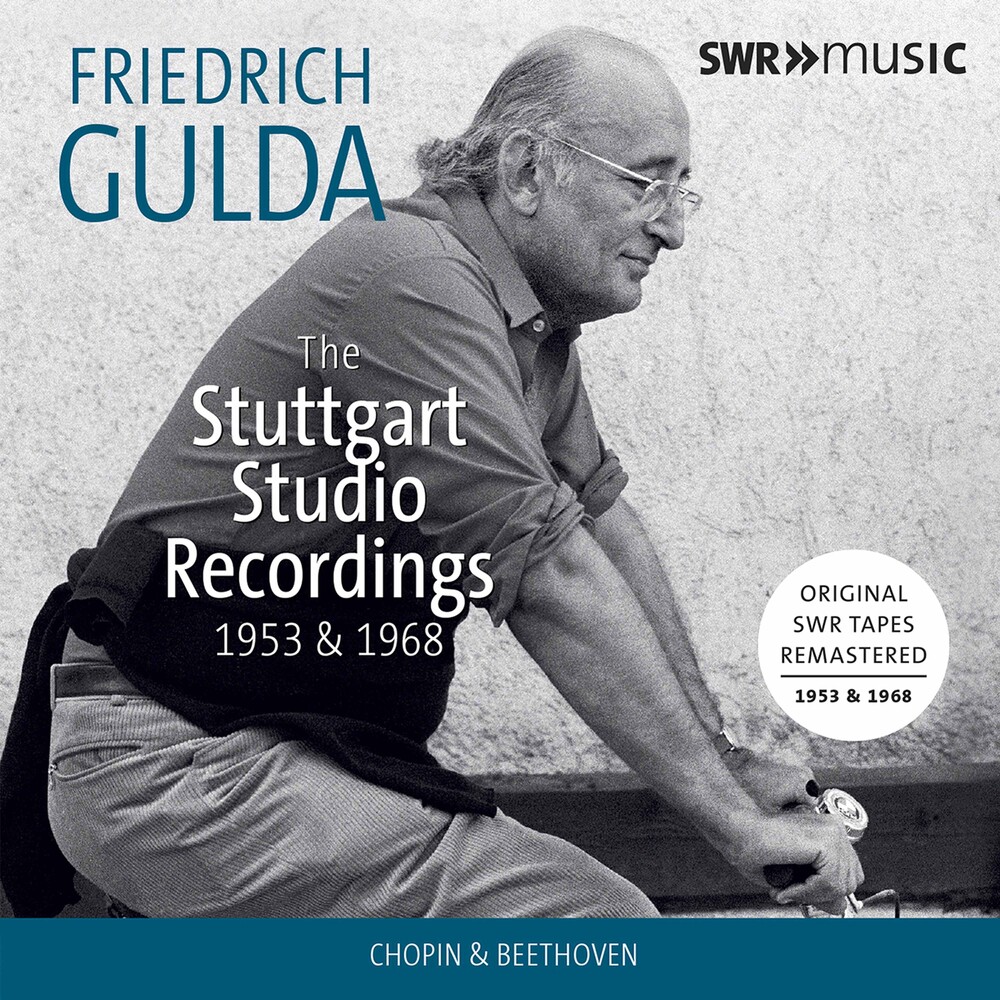 Gulda, a brilliant master of rhythm, uncompromising Bach interpreter and jazz musician, is in the best keeping with Chopin. Works by Chopin appear in Gulda's concert programmes from quite early on. His secret in playing Chopin with so much vitality? It is the inimitable mix of rhythmic strictness, most cantabile tenderness and controlled outbursts of emotion. Although he would become one of 20th-century music's most capricious rebels - as in love with the free spirits of jazz as with the living monuments of classical - pianist Friedrich Gulda (1930-2000) was born and bred in that most traditional of musical cities, Vienna. He studied theory with the late-Romanticist Joseph Marx at the Vienna Academy of Music, and he won the Geneva International Pianists' Competition at age sixteen, eventually earning a reputation for the rare blend of cogency and freedom within his interpretations of music from Bach, Mozart and Beethoven to Ravel and Debussy. His most notable recordings included both books of Bach's Well-Tempered Clavier and the complete sonatas and concertos of Beethoven.
120 East Washington Street, Goshen, IN 46528 574-971-8282 Store Hours Monday-Thursday 10:30-5:00, Friday-Saturday 10:00-8:00.