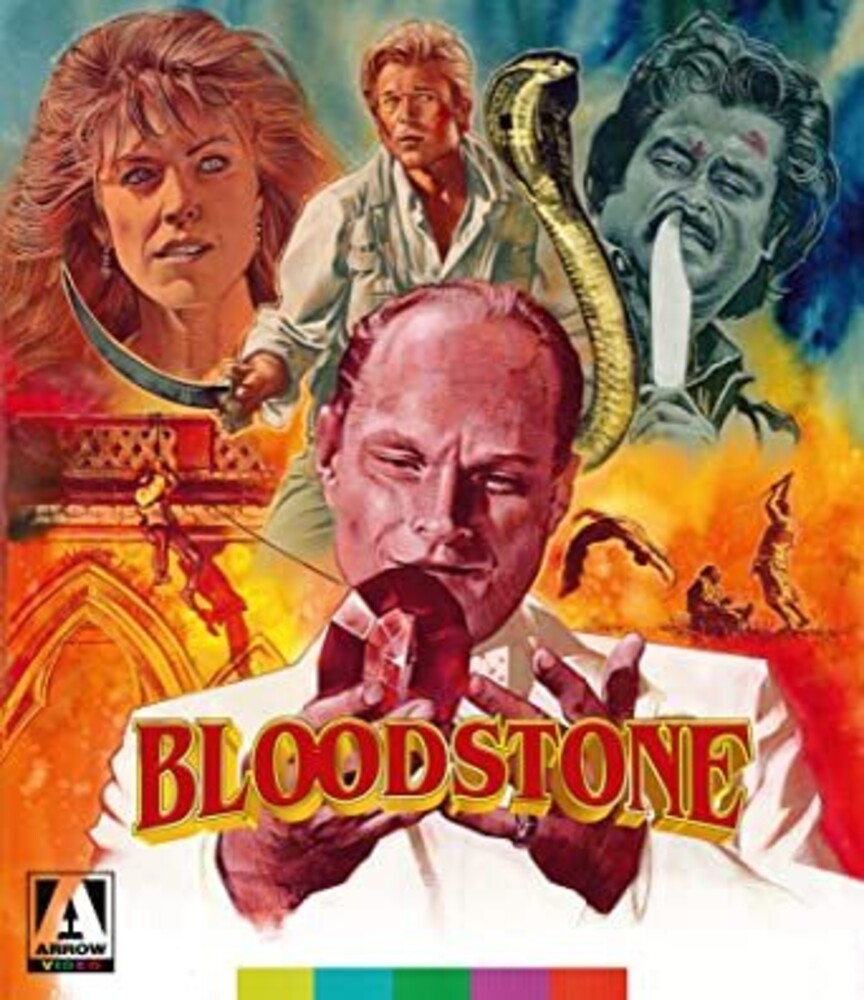 A man of action who can fight with the best of them and a cab driver who would give the Transporter a run for his money, pair up to save a young girl from the clutches of an evil criminal magnate in the exciting adventure thrill-ride Bloodstone! The Bloodstone, a priceless stolen ruby, accidentally ends up in the possession of American newlyweds Sandy (Brett Stimely, Cannibal Women in the Avocado Jungle of Death) and Stephanie (Anna Nicholas, Remington Steele). Now, their honeymoon in India is interrupted as they become the target of international fence Van Hoeven (Christopher Neame, The Prestige) and his evil henchmen. When Van Hoeven kidnaps Stephanie and ransoms her for the jewel, Sandy joins forces with cabby and dormant stunt-driver Shyam Sabu (Rajinikanth, 2.0) to rescue his young bride. Co-written and produced by genre film luminary Nico Mastorakis (Island of Death, The Wind) and featuring a stellar performance by legendary Tamil megastar Rajinikanth in his first English-language role, Bloodstone is an action-packed romp full of thrills, kick-ass one liners and venomous cobras!
120 East Washington Street, Goshen, IN 46528 574-971-8282 Store Hours Monday-Thursday 10:30-5:00, Friday-Saturday 10:00-8:00.