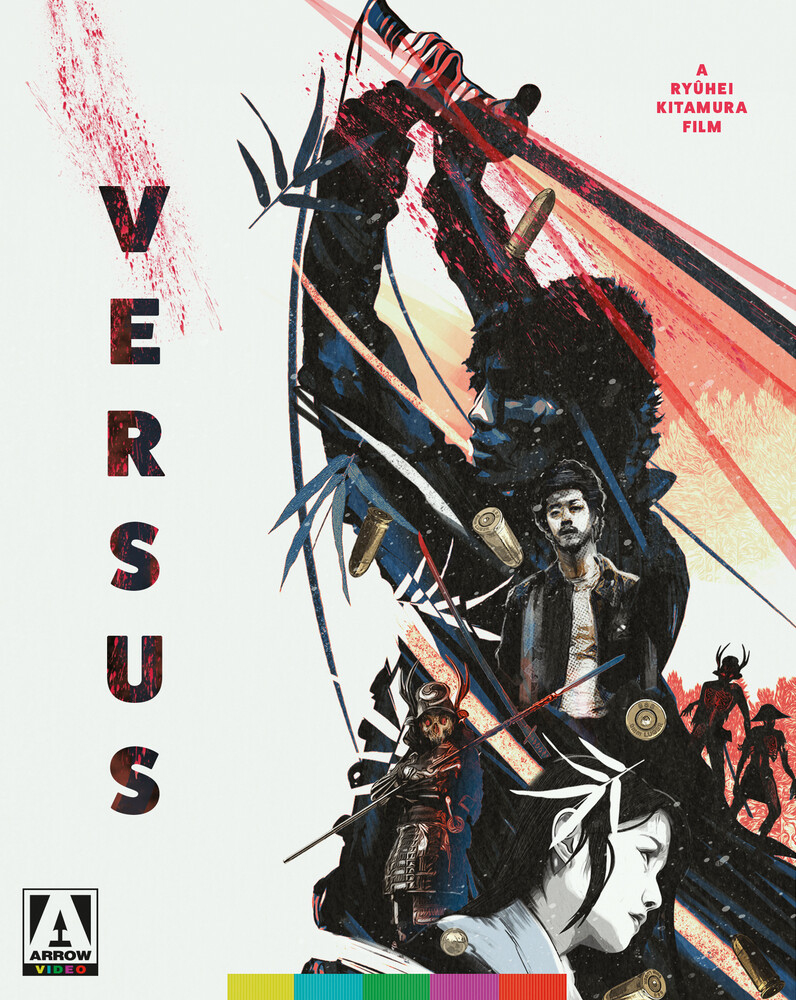 A relentless one-of-a-kind sensory assault chock-full of hyper-kinetic fight scenes, gangster shootouts, sword-slashing violence and gory zombie horror, Versus was a key title amongst the barrage of innovative horror and action movies that appeared as if from nowhere from Japan at the turn of the millennium, leading to a new wave of appreciation for Asian extreme cinema.A mysterious face-off in a wooded clearing between two escaped convicts and a carload of sharply dressed yakuza holding a beautiful woman captive ends in hails of bullets and showers of blood. The location for this violent encounter is the mythic Forest of Resurrection, the site of the 444th portal of the 666 hidden gates that link this earthly domain to the netherworld - and it didn't get this name for nothing. As one of the surviving prisoners escapes with the girl into the darkness of the forest, disgruntled gangsters soon become the least of their worries as an earlier battle between a lone warrior against hordes of zombie samurai is carried over from a millennium ago into the present day...Versus caused a sensation both in Japan and internationally upon it's release, launching the careers of director Ryûhei Kitamura (Godzilla Final Wars, Midnight Meat Train) and action star and fight choreographer Tak Sakaguchi (Battlefield Baseball, Yakuza Weapon). Arrow Video is proud to present this mythic cult title in both it's original 2000 and expanded 2004 Ultimate Versus iterations, in a brand new, director-approved restoration.
120 East Washington Street, Goshen, IN 46528 574-971-8282 Store Hours Monday-Thursday 10:30-5:00, Friday-Saturday 10:00-8:00.