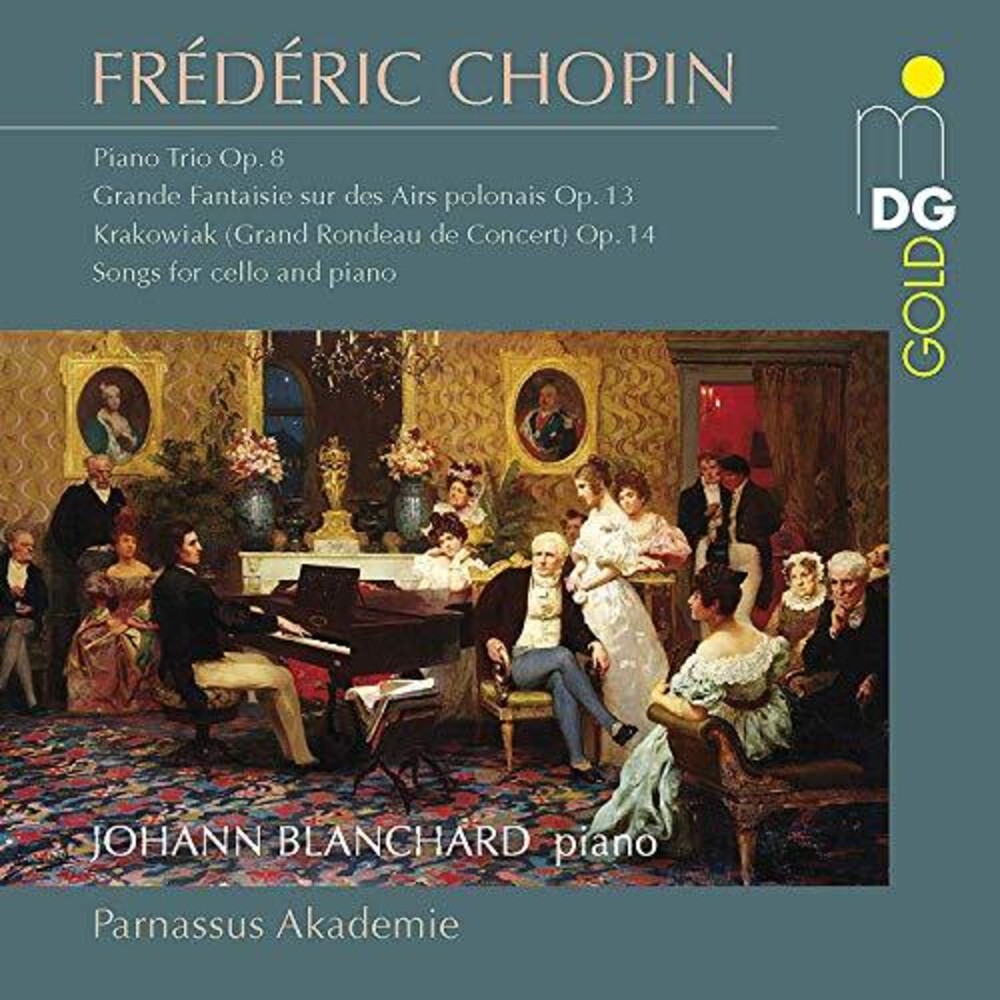 An entire album featuring recording premieres of compositions by Frédéric Chopin - what is this, a fairy tale? The Trio Parnassus and the Parnassus Academy present three great works in which the piano (how could it be otherwise with Chopin?) occupies the center of attention as well as six songs in a version for violoncello and piano in which the great melodist reveals his most marvelous side. Here the Piano Trio for the first time is heard with the viola instead of the violin, in the version favored by Chopin, thereby lending this new recording special tonal magic. The part concerned is too low for the violin. Joachim Draheim has now reconstructed the viola part and performed an invaluable service to the work with his carefully considered interventions. The trio is now heard in all it's ravishing beauty. Today the "Grande Fantaisie sur des Airs polonaise" is hardly performed at all outside Poland, a fact perhaps also having to do with it's unclear instrumentation. With a special musical sense Xaver Paul Thoma expertly incorporates fine wind instrumentation into the string voices in his version for string quintet, so that a self-contained, very plausible composition is the result. In all these works, Polish music plays an important role, and especially in the Krakowiak op. 13, which Thoma has arranged for string ensemble. Blanchard and the Parnassus Academy impressively demonstrate why already at the premiere the musicians and the audience alike were enthusiastic: Chopin's inimitable blend of elegance and pianistic bravura, of catchy melodies and stirring rhythms, is simply irresistible!
120 East Washington Street, Goshen, IN 46528 574-971-8282 Store Hours Monday-Thursday 10:00-8:00, Friday-Saturday 10:00-9:00.