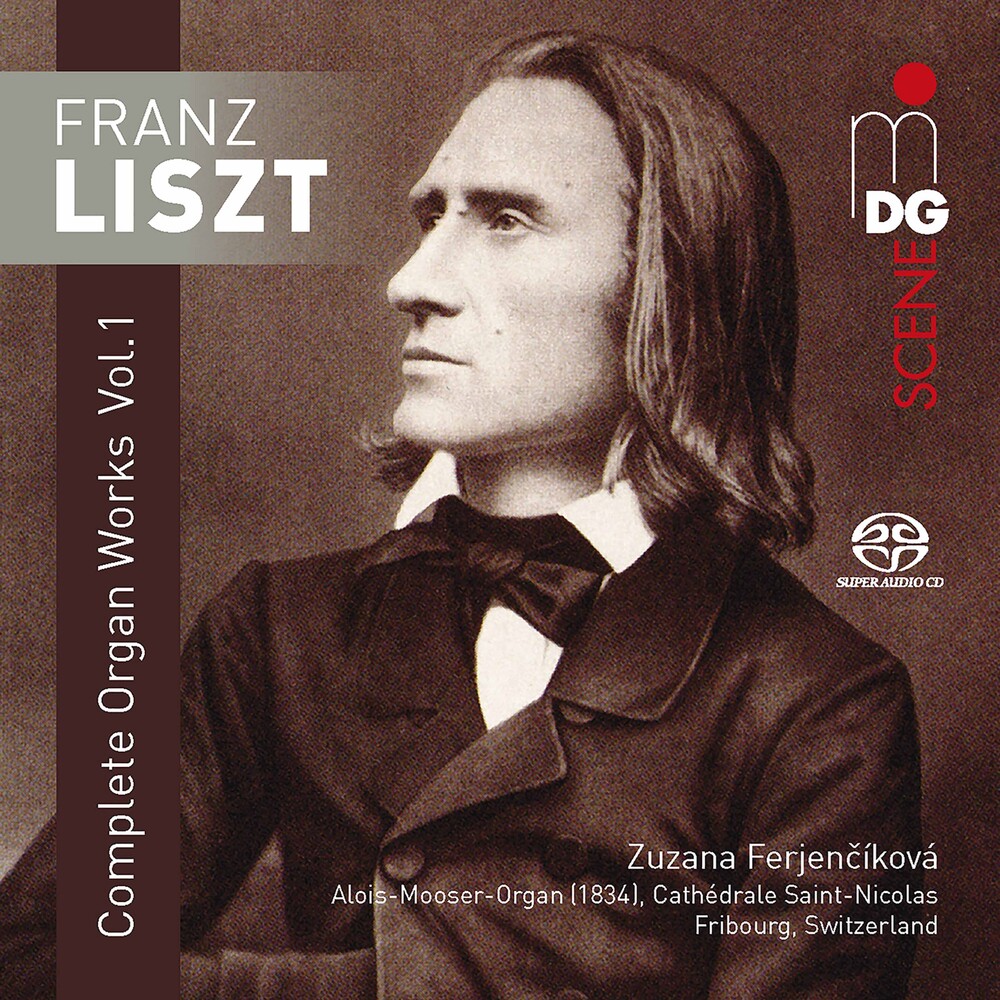 Franz Liszt certainly would have been very pleased with Zuzana Ferjencíková's selection of the Aloys Mooser organ in the Fribourg Cathedral for the first release of her complete recording of his organ works. Liszt himself traveled to Fribourg with George Sand in 1836 in order to have this instrument presented to him. Inspired by this marvelous organ, he then repeatedly wrote compositions and transcriptions for performance on the organ, constantly expanding the sound panorama to keep up with the advances in organ design. A surprise comes right at the beginning when Ferjencíková presents the famous Prelude and Fugue on B-A-C-H in the very rarely performed original version premiered by the Liszt pupil Alexander Winterberger at the Merseburg Cathedral in 1856. Fifteen years later Liszt smoothed out the harsh juxtaposition between massive chords and brilliant virtuosity in favor of filigree detail - one more reason to listen with special attention to the rarity recorded here. Another heavyweight concludes this first SACD: the Introduction, Fugue, and Magnificat from the Symphony on Dante's Divina Commedia display Liszt's great compositional mastery. The three realms of the otherworld, which also can be interpreted as an allegory of human striving in general, are closely interrelated motivically and culminate in dazzling magnificence of sound. Ferjencíková registers the funeral song of chorale character after the opening recitative with Mooser's famous Voix humaine, for which this master of Early Romantic organ design had a special swell box constructed. Ferjencíková's program selections demonstrate just how broad Liszt's interest was in the music of his contemporaries and earlier generations. Here we find transcriptions ranging from Bach to Otto Nicolai and - as a special treat and two-for-one bonus - a Regina coeli laetare by Orlando di Lasso. It is presented twice - and the second time around on the historic Manderscheidt organ from the seventeenth century.