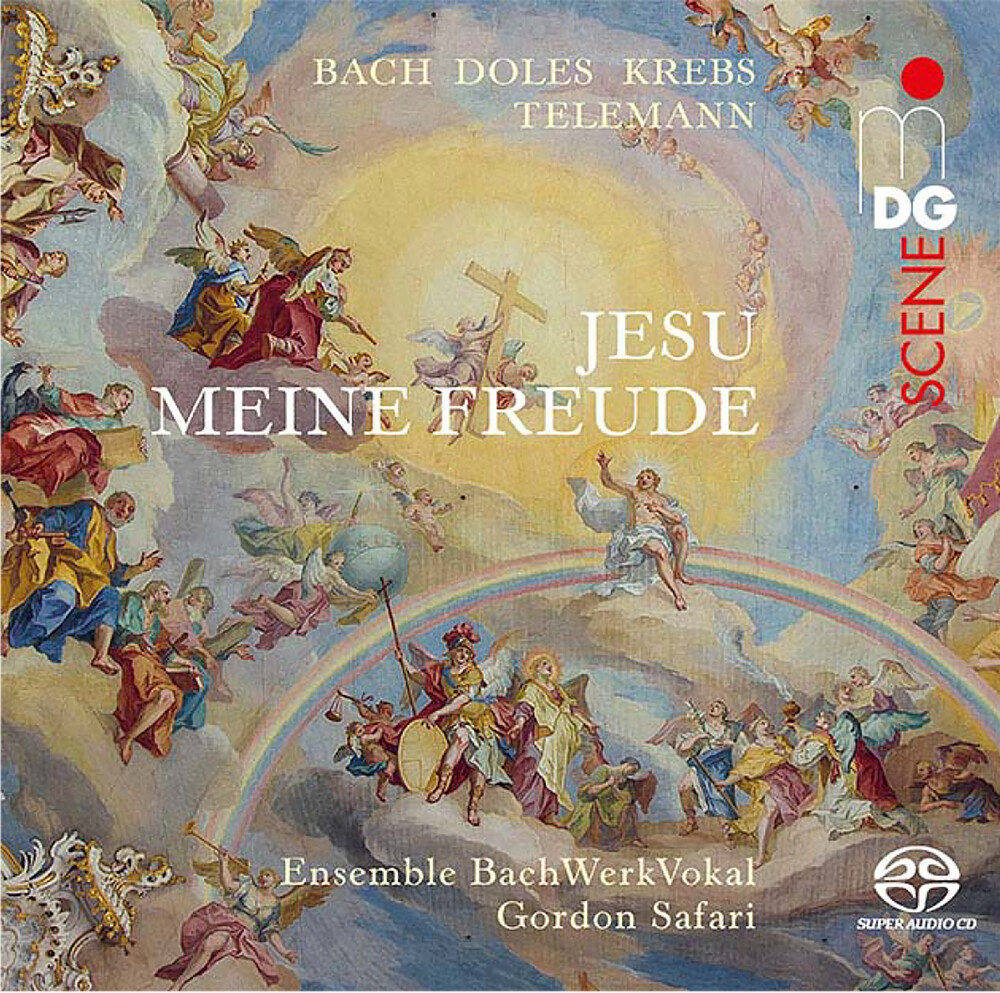 "Jesu meine Freude" by Bach, Doles, Krebs and Telemann: Gordon Safari serves up no less than four very varied settings of one of the most popular church hymns in the latest production of his outstanding soloist ensemble BachWerkVokal. Two of them are heard here for the first time on album - astonishing, considering the outstanding quality of the compositions by Telemann and Doles! Telemann's cantata borrows from French opera, a strikingly short chorale line is followed by a virtuoso aria. The instrumentation is also virtuosic, for example when four recorders lend angelic sweetness to the "knocking" in the affettuoso of the soprano aria. The center is then a festively spread out 8-voice double chorus with fugue... Johann Friedrich Doles was apprenticed to the great Bach. With his fusion of masterly traditional chorale and gallant elegance, his motet hints at Viennese Classicism from afar. It is striking how the almost breathless vocal bass in the last stanza symbolizes the " passing over " in fast 16th notes... Johann Ludwig Krebs also studied with Bach, and was even considered by his contemporaries to be his most important pupil. His cantata shows why: almost early classical arias bring a touch of bel canto to Protestant song. The comparison with Telemann is quite exciting - it is very worthwhile to hear the different clockworks in the aria "Schlage nur, geliebte Stunde". - What a contrast to Bach's great motet, which unfolds it's theological programme in a highly symmetrical form and at the same time is certainly rarely heard in such an expressively powerful form.