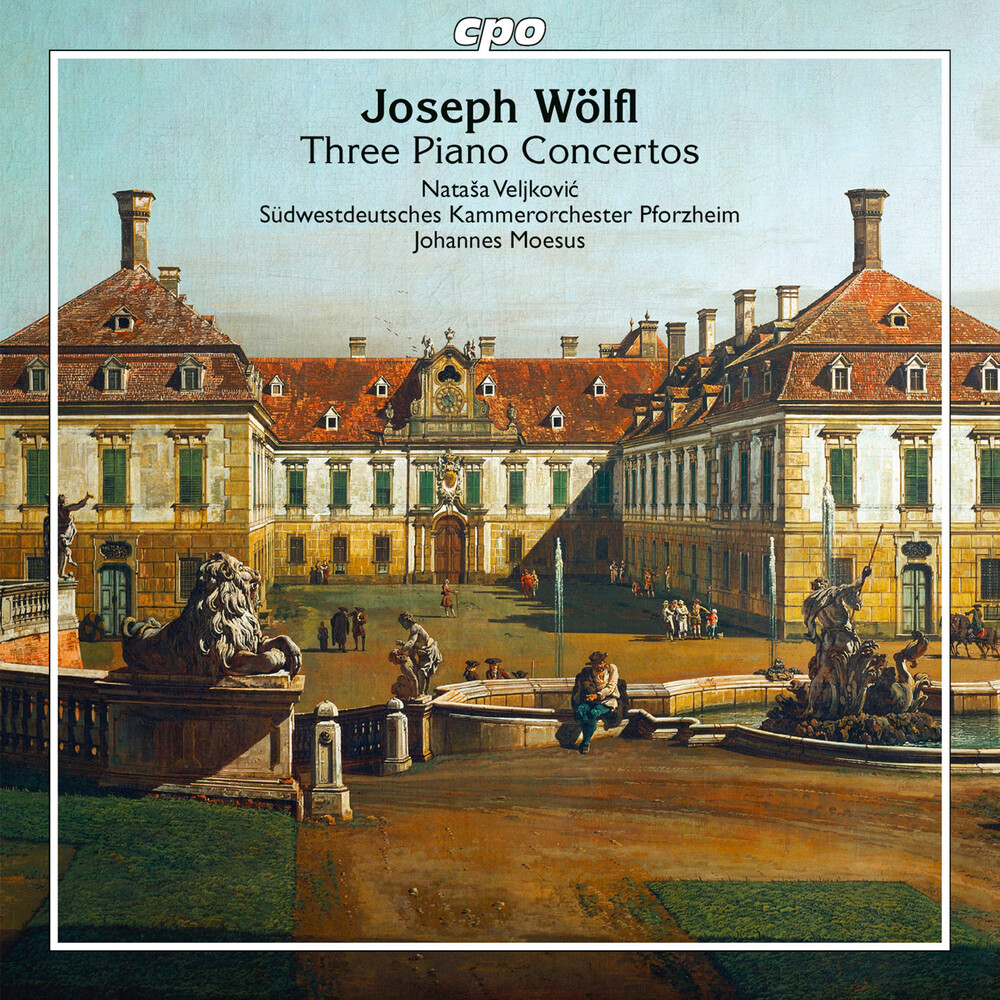 Our previous release of three piano concertos by Joseph WĂ¶lfl featured the recording premieres of "mirthful pieces in the style of Mozart and Early Viennese Classicism" And our second new release with more concertos by WĂ¶lfl - this time congenially interpreted by Nastasa Veljkovic - shows just what magnificent music this composer working in Beethoven's immediate musical environment was writing. As in WĂ¶lfl's second piano concerto, so too in his third such work: he follows the tradition shaped by Mozart in matters of form. However, here a tendency toward formal trimming is already in evidence, a tendency that WĂ¶lfl pursued in his later London concertos and very decidedly so in the Concerto da camera WoO 97 for piano, flute, and strings. What we have in this work, which was published in London in 1810, is in every respect a reduced concerto, not only in the dimensions of the orchestral ensemble but also in length, though the overall formal scheme is retained. The solos in particular are more tightly constructed and more strongly integrated into the orchestral part - with the small ensemble size contributing it's share here.