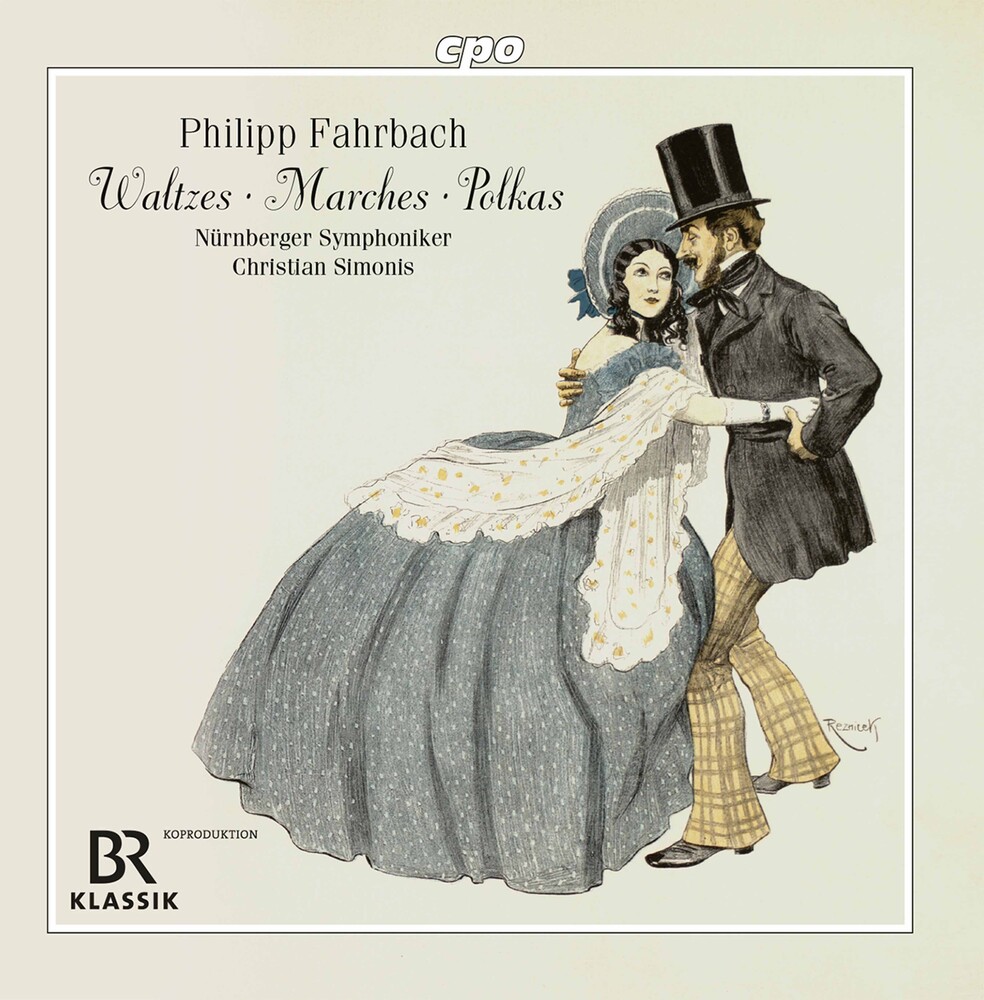 Following marches, polkas, and waltzes by Benjamin Bilse, Richard Eilenberg, Josef Gung'l, and Carl MillĂ¶cker, this new release is now the fifth cpo album with the conductor Christian Simonis. This time he turns to two members of the Fahrbach family of musicians: to Philipp Fahrbach the Younger and Philipp Fahrbach the Elder. In mere numbers the members of the Fahrbach family by far surpassed the members of the Strauss family. Like the Strausses, the Fahrbachs also composed superb dances and marches. Moreover, in the Vienna and Austria of those times the Fahrbach dynasty of musicians contributed enormously to the music culture and development of popular music not only in the capital city's region but also beyond it. The titles of the works, the occasions of their composition and performance, and not least the music itself with all it's allusions are in the oeuvre of the Fahrbachs just as much Â»history in musicÂ« as they are in the compositions by the Strauss family. The Fahrbachs are no longer so famous today simply because of the poor state of the surviving source documentation. Like his father, Philipp Fahrbach the Younger was a conductor of military and private orchestras and in this capacity of course also a composer. The waltzes of father and son in particular enjoyed great favor among the public and music critics. The musical oeuvre of Philipp Fahrbach the Younger comprises more than five hundred compositions, most of which can be assigned to the genres of Viennese dance and march music. His most successful and most famous work is also heard on this album: the brilliant polka franĂ§aise "I'm KahlenbergerdĂ¶rfel" op. 340.