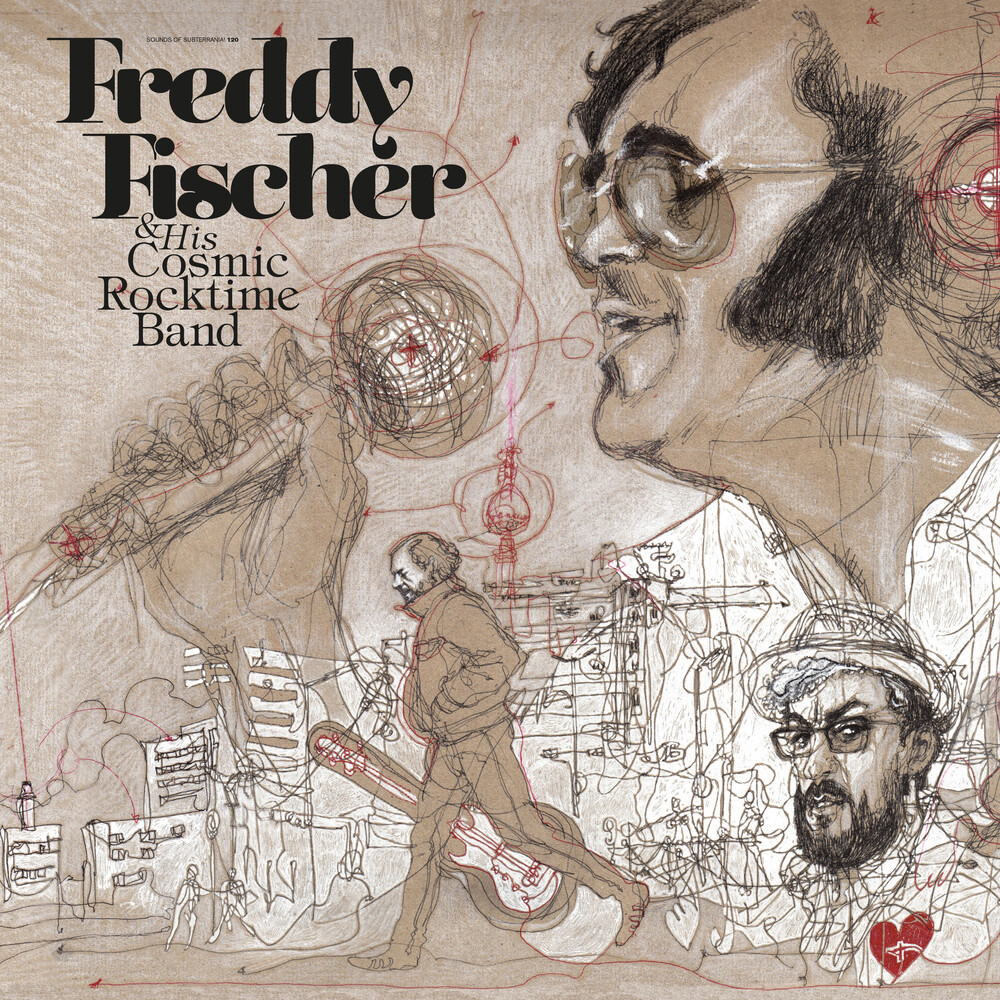 Who isn't familiar with Freddy Fischer and his Cosmic Rocktime Band, might need some words of introduction and guidance. Well, you hear Jazzrock which gets dragged on the dance-floor straightaway. You hear Disco. You hear that kind of casual elegance that you can also find in Manfred Krug's songs of the seventies, when he presented the GDR with some Swing - at least for a brief moment. You just got to put all that into a fancy smoking and you have Freddy Fischer standing there. But unfortunately the recipe is not that easy. Otherwise you would hear such a snappy music on virtually every street corner with a whole choir of Fischer look- and soundalikes, not just the one Freddy. Anyway, the music has a certain groove. On the new record Freddy grinds the organ with such passion that Keith Emerson could only sorely look away. And Brian Auger would approvingly raise his eyebrows because he heard that he couldn't teach Freddy how to get better on the keys. And the music is tight - Soul and mirror ball. The music glitters and plays - unlike Keith Emerson - only as much notes as needed to get the people on the dance floor. And then Freddy Fischer sings about love all the time and you got to have the courage to write a line like "Du bist meine Liebe, und ich lieb' dich so" ("You're my love and I love you so"). But Fischer just does it. You may want to call it Jazzrockdisco but it's like the movies of the uncommunicative Finn Aki Kaurismäki: he's the only one who could make such a movie; sentimental, warm and true. When someone else would try to do it, it would only be sentimental and become kitsch. But this comparison possibly is too far-reached and Freddy Fischer's songs don't want to be larger than they are. Because all of this can be - and with good reason - the plague: Jazzrock, Schlager and even Disco when it ruffles it's feathers, becomes touchy-feely and pretentious. But this has got to be Freddy Fischer's secret. And at the next show with him and his Cosmic Rocktime Band you'll sing along to "Du bist meine Liebe, und ich lieb' dich so". It's simply good, entertaining music from Berlin.
120 East Washington Street, Goshen, IN 46528 574-971-8282 Store Hours Monday-Thursday 10:00-8:00, Friday-Saturday 10:00-9:00.