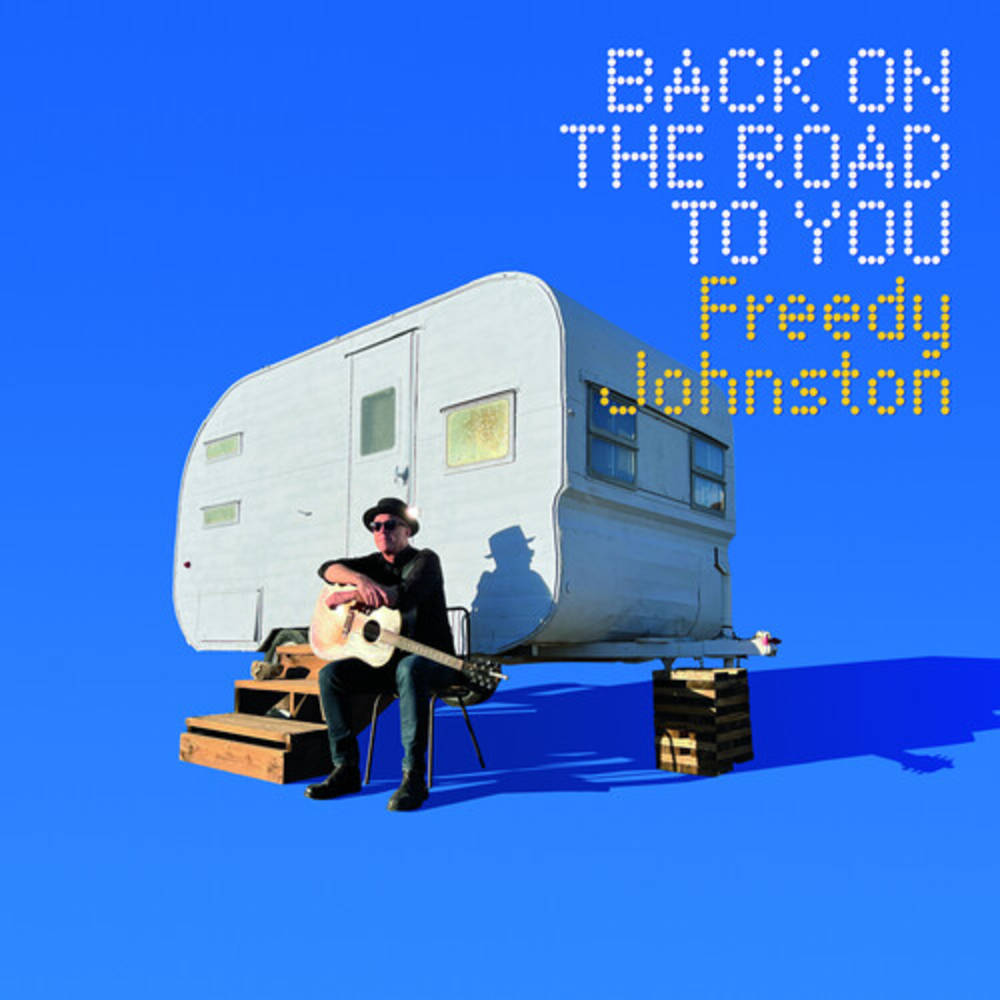 Back On The Road To You
Artist: Freedy Johnston
Format: CD
New: Available online or call for in-store availability $15.98
Wish

Freedy Johnston is one of those rare singer-songwriters who counts critics among his biggest fans - and whose heroes consider him a peer. Not bad for a self-proclaimed "geek in glasses who never left his room." On September 9th, Forty Below Records will release Johnston's 9th album, Back on the Road to You. It's a record steeped in wit, humor, pathos, love, and friendship drenched with memorable, infectious melodies. Johnston recorded the album in Los Angeles with producer Eric Corne after setting up house in nearby Joshua Tree. The new surroundings seem to have imbued the album's mood and instrumentation with echoes of The Byrds, Jackson Browne, Joni Mitchell, and Neil Young. Joining Johnston in the studio were Aimee Mann, Susanna Hoffs of The Bangles, and long time collaborator, Susan Cowsill, along with an all-star roots music band, including Doug Pettibone (Lucinda Williams), Dusty Wakeman (Jim Lauderdale), Dave Raven (Shelby Lynn) and Sasha Smith (Priscilla Ahn). In 1994 Rolling Stone named Johnston the 'Songwriter of the Year', describing him as "A master storyteller, (who) sketches out full-blown tragedies in a few taut poetic lines." Adding, "He joins that elite cadre of songwriters-Bob Dylan, Neil Young, Elvis Costello-whose brilliant pop compositions turn magical with the addition of a defiantly idiosyncratic singing voice." Back on the Road to You is a return to grace for this gifted songwriter. It embodies the sound of an American original reminding us that he is still considered one of the best songwriters of his generation.