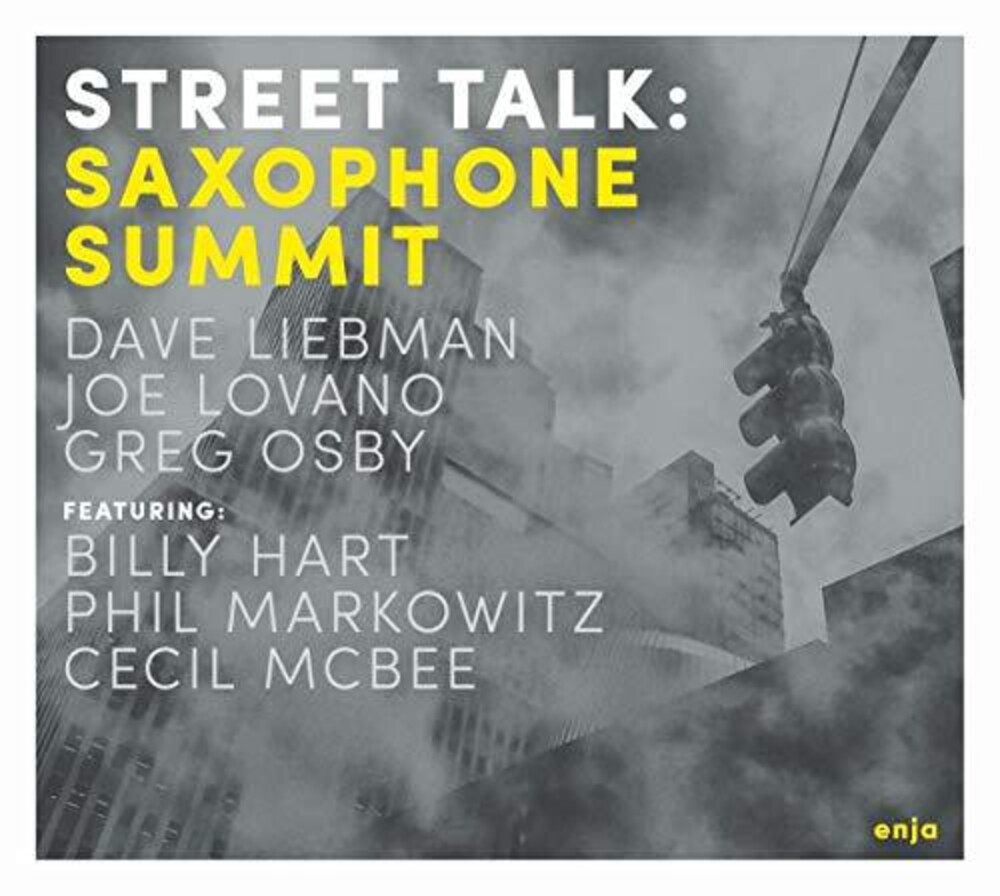 Enja Records proudly releases Street Talk, by Saxophone Summit, a unit for which the description "super group" is an understatement. It's Saxophone Summit's fourth album since sax giants Michael Brecker, David Liebman and Joe Lovano first joined forces in 1999 to celebrate John Coltrane's epochal late-career musical production. And Street Talk is the first Saxophone Summit album that includes alto saxophone icon Greg Osby, who joined the group for the summer tour that preceded this August 30, 2017 studio date. Osby replaced Ravi Coltrane, who had assumed the third tenor saxophone chair on the albums Seraphic Light (2008) and Visitation (2011) after Brecker's death in 2007. As on each of Saxophone Summit's aforementioned albums, pianist Phil Markowitz, bassist Cecil McBee, and drummer Billy Hart form an extraordinarily sensitive rhythm section that at once propels, coheres and complements the inspired flow of the three saxophonists, each an instantly recognizable voice. Liebman emphasizes the shamanistic Hart's essential role, describing him as "an extreme storyteller and dramatist who can handle three to four solos and not have repetitions." Rather than perform their heroic interpretations of Coltrane's repertoire, which the musicians know, as author Ashley Kahn once wrote, "with a chapter-and-verse familiarity, Saxophone Summit performs an original composition by each member." "The Coltrane influence in Sax Summit is alive, but we've steered away from it on purpose as a representation of the group, " Liebman says. "We keep that spirit, and play tunes with that vibe or feel, but it's our own music - our collective experience put together. We've each come up with a common basis while retaining an individuality that's unique to each of us."
120 East Washington Street, Goshen, IN 46528 574-971-8282 Store Hours Monday-Thursday 10:30-5:00, Friday-Saturday 10:00-8:00.