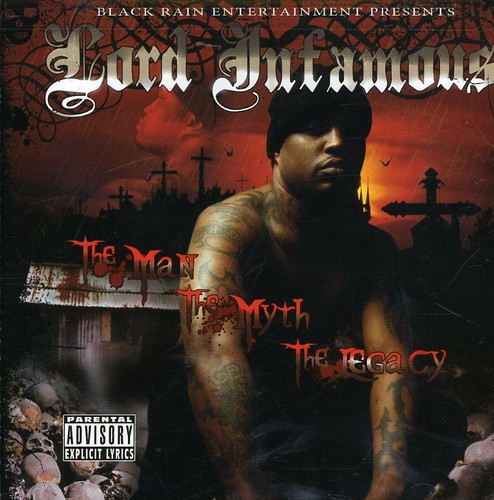 The True King of South Memphis, Lord Infamous, is risen with this killer reissue of his 2006 solo album, "The Man, The Myth, The Legacy," on vinyl for the first time ever via Black Rain Entertainment and Super Villain Records. As a founding member of Three 6 Mafia with his younger brother DJ Paul, Lord Infamous played a key role in the group's success and helped propel them to win an Academy Award in 2006 for "Best Original Song" in the film "Hustle & Flow". His signature triple-time flow undoubtedly contributed to the rise of the multi-platinum group and his violent, often horrific lyrics are one reason behind the "666" in "Triple 6 Mafia."In 2013, Lord Infamous passed away in his sleep from a heart attack at age 40. His legacy lives on in this release and the many more reissues to come from Black Rain Entertainment and Super Villain Records.