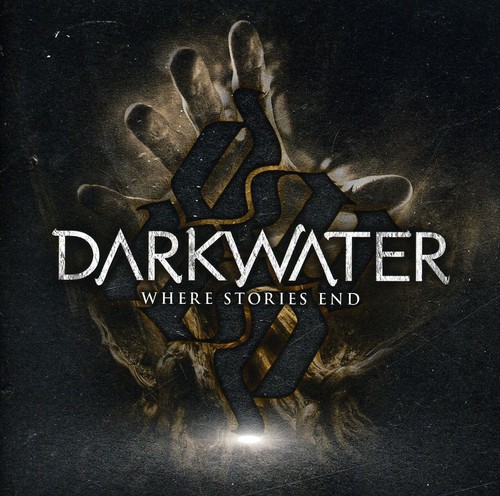 DARKWATER - WHERE STORIES END In April 2010 Darkwater started to record their new album 'Where stories end'. The famous Studio Fredman was chosen for the mixing and mastering of the album, which was completed in 2010. Great reviews and responses for their debut album prompted Darkwater to feel some pressure to produce an equally great follow-up album. 'Where stories end' is a master piece of melodic progressive metal, and will not dissapoint any fans of the band or the genre. Darkwater was formed late 2003 in the western parts of Sweden. During their first years of existence they played only a few select shows in Sweden while working on the material for their debut album. During summer and fall of2006, Darkwater recorded and mixed the album, and by early 2007 a deal was inked with the Swedish label Ulterium Records. 'Calling the earth to witness' was released in May 2007 and received extremely good reviews from all around the world. Darkwater's perfect blend of melodic and progressive metal was something the scene was craving. Taking inspiration from bands like Symphony X, Dream Theater and Evergrey, Darkwater have for surely created a sound of their own. In May 2008 Darkwater recorded and released a music video for the track 'The play II' and in June they went did their first show in the US, at the Bay Area Rock Fest together with Liquid Tension Experiment, Jeff Scott Soto and others. During 2009 the band parted ways with their bass player Karl Wassholm, while Simon Andersson [ex. Pain of Salvation] stepped in.