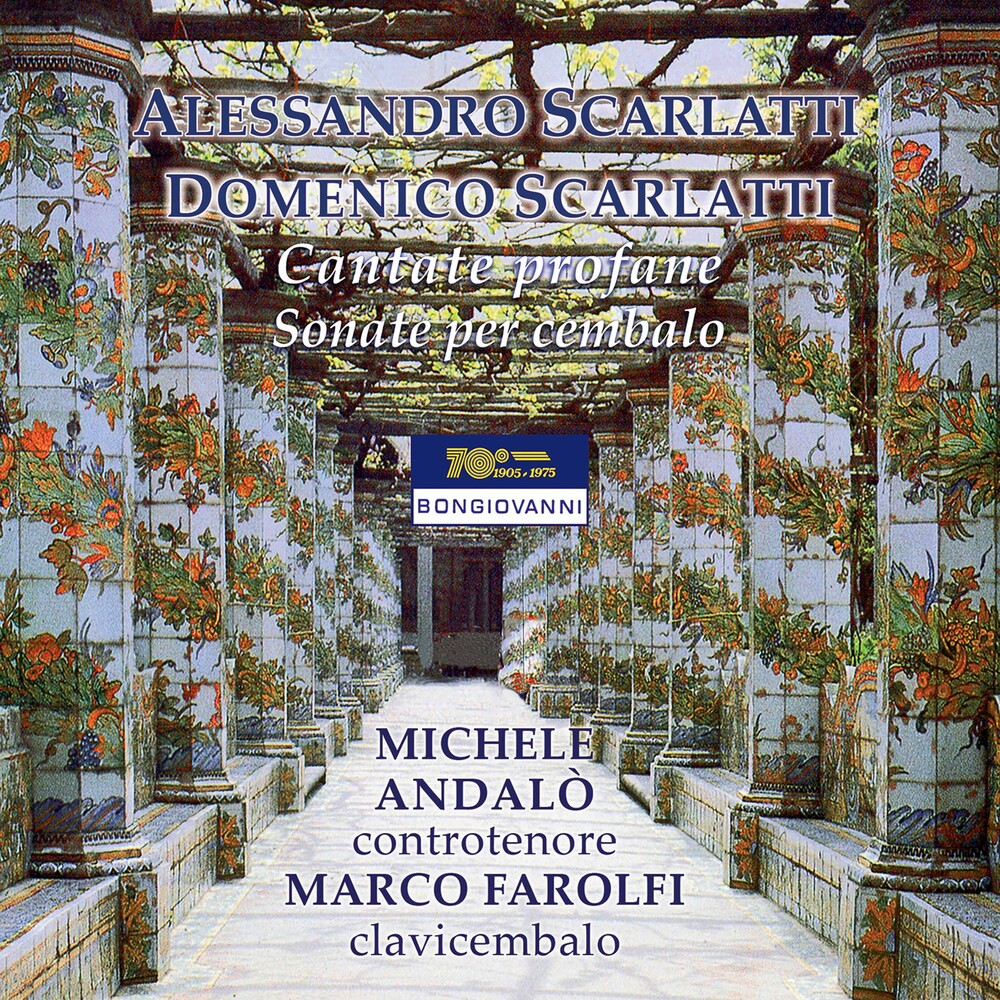 Among the major composers of their era were Alessandro Scarlatti (1660 - 1725) and his son Domenico (1685 - 1757), both of whom were influenced by the music and culture of Naples - Domenico was a native of the city, his father of Palermo. Alessandro's work is thoroughly baroque - elevated in tone and broad in scope - while his son's leans towards the rococo style with a preponderance of arias and cantatas, many of which were influenced by the music of Portugal and Castille. Domenico, of course, spent much of his life in Spain. The cantata: "Che si peni in amore" by Domenico Scarlatti and the bipartite rondo "Ohimè tu piangi,... Nel lasciarti, o mio tesoro" by Giuseppe Sarti find their first record here. The cantata for alto and b.c. by Domenico Scarlatti "Che si peni in amore" recalls the production of his father Alessandro both in style and in writing. The mixture of arioso and recitative with which the work opens are not without originality. Some ideas such as the aria "Io non voglio dal mio bene" reveal the closeness of the style to that of Alessandro. The composition is probably an early work, in any case prior to Scarlatti's departure for Lisbon in 1719. Scarlatti's extraordinary ability as a harpsichordist and virtuoso was known since his youth, at least from the early testimony collected in Venice by Roseingrave (datable to around 1705/6) and quoted by Charles Burney.