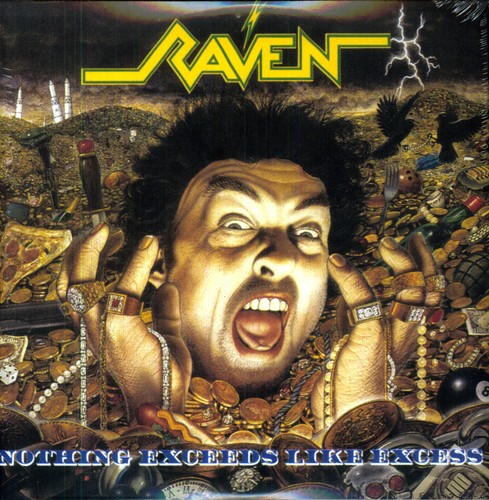 Deluxe 180 gm vinyl LP pressing in gatefold sleeve. Raven formed in 1975 in Newcastle, England, by brothers John Gallagher and Mark Gallagher. Raven quickly set the pace for the burgeoning metal renaissance in the United Kingdom at the time. Raven began creating a sound which was rooted in British hard Rock, with Progressive Rock tendencies, and a willingness to take musical chances. The band's highly-energized live show and interaction between band members developed an image and style of play-the-band, described as "athletic". They began wearing guards, helmets, and plates from various sports (hockey, baseball, etc...), and incorporating them into the playing of their instruments (for instance, elbow pads and hockey masks were used to strike cymbals for a unique performance angle).