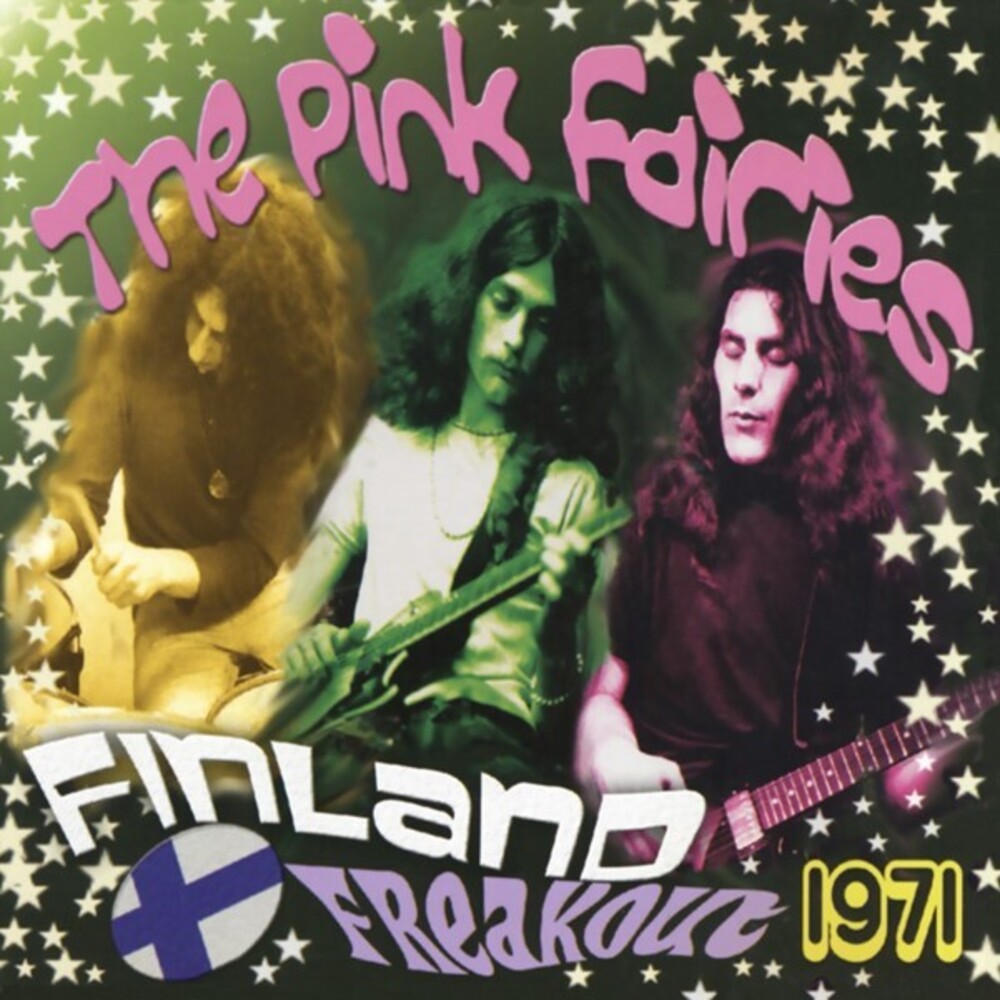 The Pink Fairies grew out of The Deviants, a loose-knit band formed in 1967 by members of the West London hippie commune in Ladbroke Grove. Consisting primarily of vocalist Mick Farren, guitarist Paul Rudolph, bassist Duncan Sanderson, and drummer Russell Hunter, the group also featured satellite members Marc Bolan, Steve Peregrine Took, and players from the band Group X, later rechristened Hawkwind. After a disastrous US tour, Farren was fired and the remaining Deviants returned to London, where they recruited vocalist and former Pretty Things drummer Twink (born John Alder), who suggested the name The Pink Fairies. This live set (without Twink) was recorded for a local radio station at the Ruisrock festival in Finland in 1971. There are just four tracks, but the feral intensity of The Beatles' 'Tomorrow Never Knows', as well as the performance of their live jamming vehicle, 'Uncle Harry's Last Freak Out', their own 'The Snake', and the finale, a crunching ten minute carve up of The Ventures 'Walk Don't Run', is an eardrum-shredding romp of seismic proportions! This is a limited edition on clear pink vinyl.