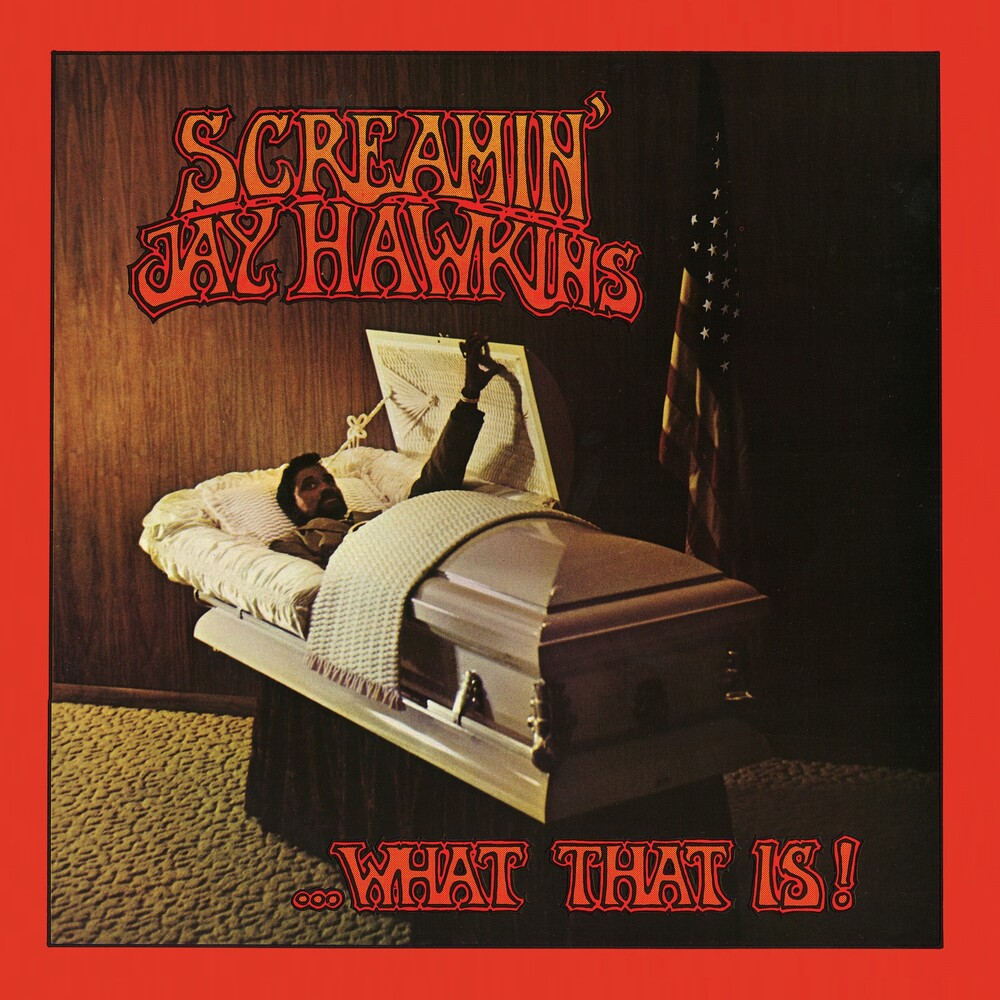 Jalacy J. Hawkins, better known as Screamin' Jay Hawkins, was born on July 18, 1929 in Cleveland, Ohio. As a young man, he played piano, boxed in local championships and learned opera at the Ohio Conservatory of Music. Although initially pursuing opera after returning from serving in World War II, Hawkins eventually sharpened his focus on the darker side of R&B and jazz, using macabre stage props, absolute wildman persona and expert voice imitating the blare and squeal of saxophones. His most notable chart-topper was the boozy, raucous 1956 hit 'I Put A Spell On You, ' which was banned by many radio stations for it's suggestive groans and grunts. All things considered, Screamin' Jay Hawkins is considered one of the earliest pioneers of what would become shock rock.Recorded in 1969, years following his big hits, Screamin' Jay Hawkins' third album What That Is! Showcases Hawkins in one of his most rowdy and compelling stages of his artistic career. With a killer backing band featuring the great Earl Palmer on drums for most of the cuts and Herb Ellis guesting on a few. We find Jay singing about life, love and loss as well as feasting Mau Maus and pain, REAL PAIN. From the album notes- 'Producer's Note: This album was recorded live at the Club Amigo in North Hollywood on June 23rd and 24th, Nineteen Hundred and Yesteryear, and is dedicated to President Nixon, whose efforts to recapture the era of the early 50's do not pass unnoticed.' We debated swapping out Presidents' names. Jay would have liked that.Packaging: Direct-to-board LP jacket, 180g vinyl
120 East Washington Street, Goshen, IN 46528 574-971-8282 Store Hours Monday-Thursday 10:30-5:00, Friday-Saturday 10:00-8:00.