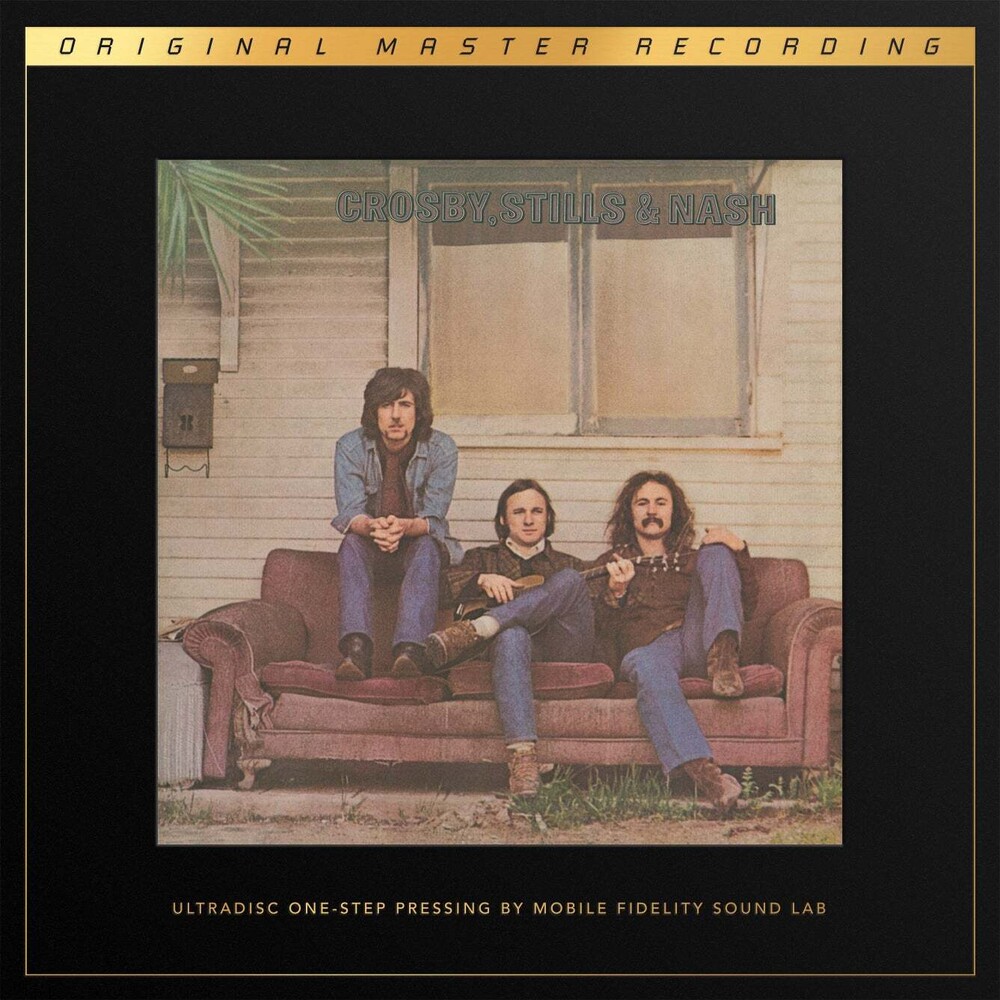 ULTIMATE-SOUNDING VERSION OF THE HARMONY-RICH LANDMARK: DELUXE AUDIOPHILE PRESSING LIMITED AND NUMBERED COPIESThe enduring charm, contemporary relevance, and harmonic convergence of Crosby, Stills & Nash's fabled self-titled debut owe not only to impeccably played songs and resonant lyrics, but to career-defining performances by music's first genuine supergroup. Crosby, Stills & Nash lingers as an example of the whole being greater than the sum of it's parts. Factor in phenomenal studio production and acoustic-based architecture that served as guideposts for myriad albums that followed, and popular music would never be the same.Limited and numbered, pressed on MoFi SuperVinyl at RTI, and mastered from the original master tapes, Mobile Fidelity's UltraDisc One-Step 180g 45RPM 2LP collector's edition enhances the incalculably influential work for the ages to come. Surpassing the sonics of any prior version, it peels away any limitations to provide a transparent, ultra-nuanced presentation of a record that birthed the Laurel Canyon movement and established a precedent for close harmony singing that has never been eclipsed. The organic presentation of the textures; expanse and depth of the soundstages; fullness of tones; natural extension of the acoustic guitar strings; realistic rise and decay of individual notes; seamless blending of the vocals - all those important sonic facets (and more) reach demonstration-grade levels.The packaging features the same attention to detail. Housed in a deluxe box, the Crosby, Stills & Nash UD1S pressing features special foil-stamped jackets and faithful-to-the-original graphics that illuminate the splendor of the recording and the reissue's premium quality. Aurally and visually, MoFi's UD1S copy exists as a curatorial artifact meant to be preserved, touched, and examined. It is made for discerning listeners that prize sound quality and production, and who desire to fully immerse themselves in the art - and everything involved with the album, from the images to the finishes.The backstory of how Crosby, Stills & Nash came to be nearly matches the import of it's content. Already a renowned multi-instrumental virtuoso, Stephen Stills sought a fresh beginning after Buffalo Springfield splintered. Similarly, vocal powerhouse David Crosby arrived after leaving the Byrds and gaining a reputation for being difficult. Graham Nash drifted over after a frustrating stint in the Hollies. He met his new mates at a party. When the three sang together informally for the first time, their fate was sealed. To further tie their fortunes together, the singers used each of their surnames to identify the group to ensure the collective could not exist or continue on without all three members.