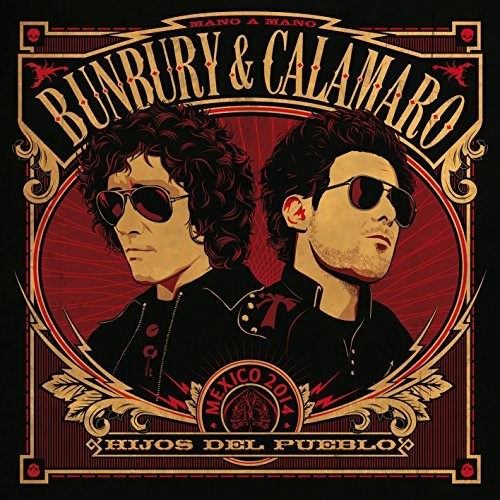 Enrique Bunbury and Andres Calamaro again cross paths through "Sons of the people" the registration of a tour group that can now be enjoyed on vinyl and CD, recorded live album, which pays tribute to rock in Spanish, one union there had to be "yes or yes" Both musicians definitely have several things in common and logical someday should work together and this is thanks to the common people gave the new live album that launched together and that is the result of a nine dates for Mexico, where They managed to delight the Mexican people and now with the CD reach throughout Latin America. In the past two built bridges between Latin American peoples with Heroes del Silencio and Los Rodriguez respectively, bands that no longer exist but that led to the solo careers of both. On this tour both artists gathered to delight the audience with hits like "Aztec Stadium", "Infinite" in addition to alluding to their old bands like "No documents" or "Maldito duende" songs as well as adaptations of songs like "anuque it is not me "and" broken glass ".
120 East Washington Street, Goshen, IN 46528 574-971-8282 Store Hours Monday-Thursday 10:30-5:00, Friday-Saturday 10:00-8:00.