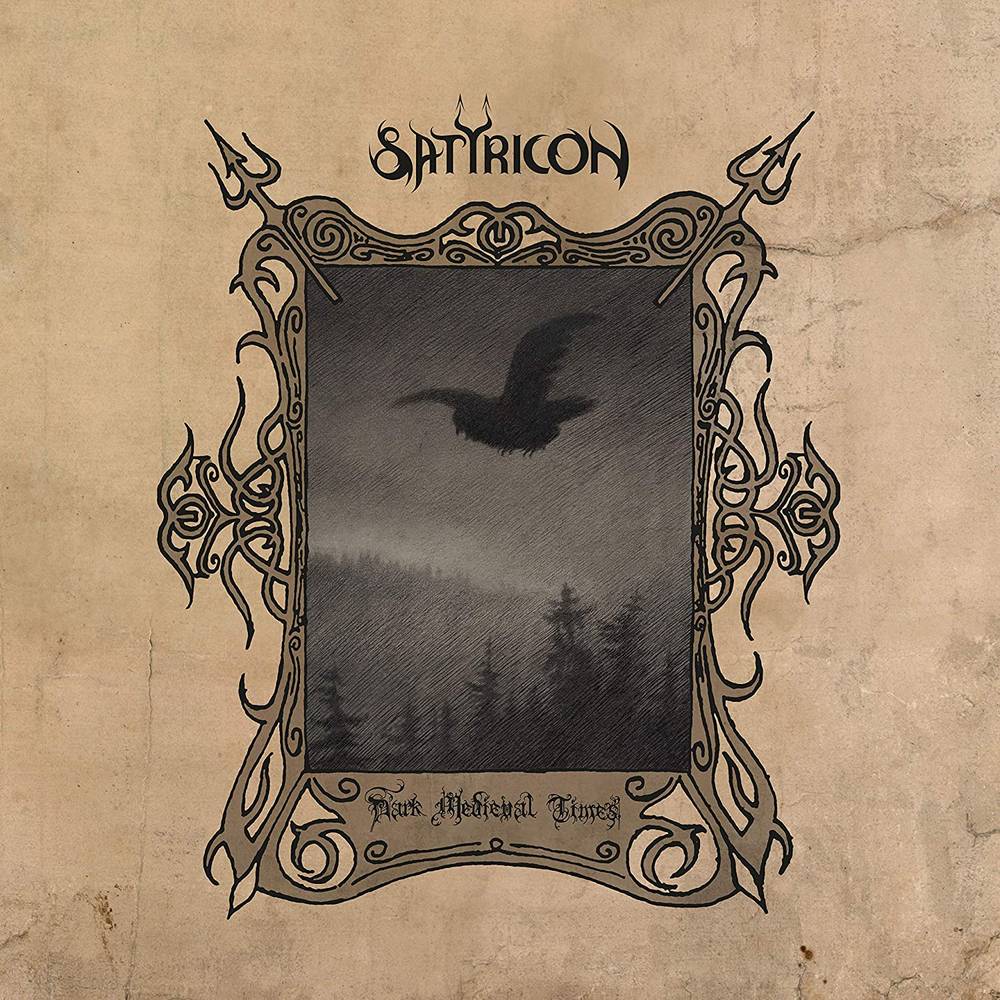 "In the autumn of 1993, black metal pioneers Satyricon unleashed their ingenious first full-length, Dark Medieval Times, through the young band's own Moonfog Productions imprint. Now, 28 years later, this genre milestone has been remastered, dressed in a new visual surrounding and will be reissued by Napalm Records on gatefold vinyl and digipak CD format on May 28, 2021. Recorded earlier in 1993, it was both instantly recognisable as the product of the thriving Norwegian scene and as something wholly distinctive within that superficially restrictive musical framework. Even more remarkable was the fact that the entire record had been written and performed (with the exception of drums) by a then 17-year-old Sigurd 'Satyr' Wongraven: clearly a prodigious talent with an abundance of epic and perverse ideas rattling around in his head. Satyricon celebrate the reissued version of their milestone debut together with a new visual: Back in 1993 the artwork Hostkveld by Norwegian artist Theodor Kittelsen appeared on the album's inner sleeve. Now it graces the front appearance of the Dark Medieval Times reissue.
120 East Washington Street, Goshen, IN 46528 574-971-8282 Store Hours Monday-Thursday 10:30-5:00, Friday-Saturday 10:00-8:00.