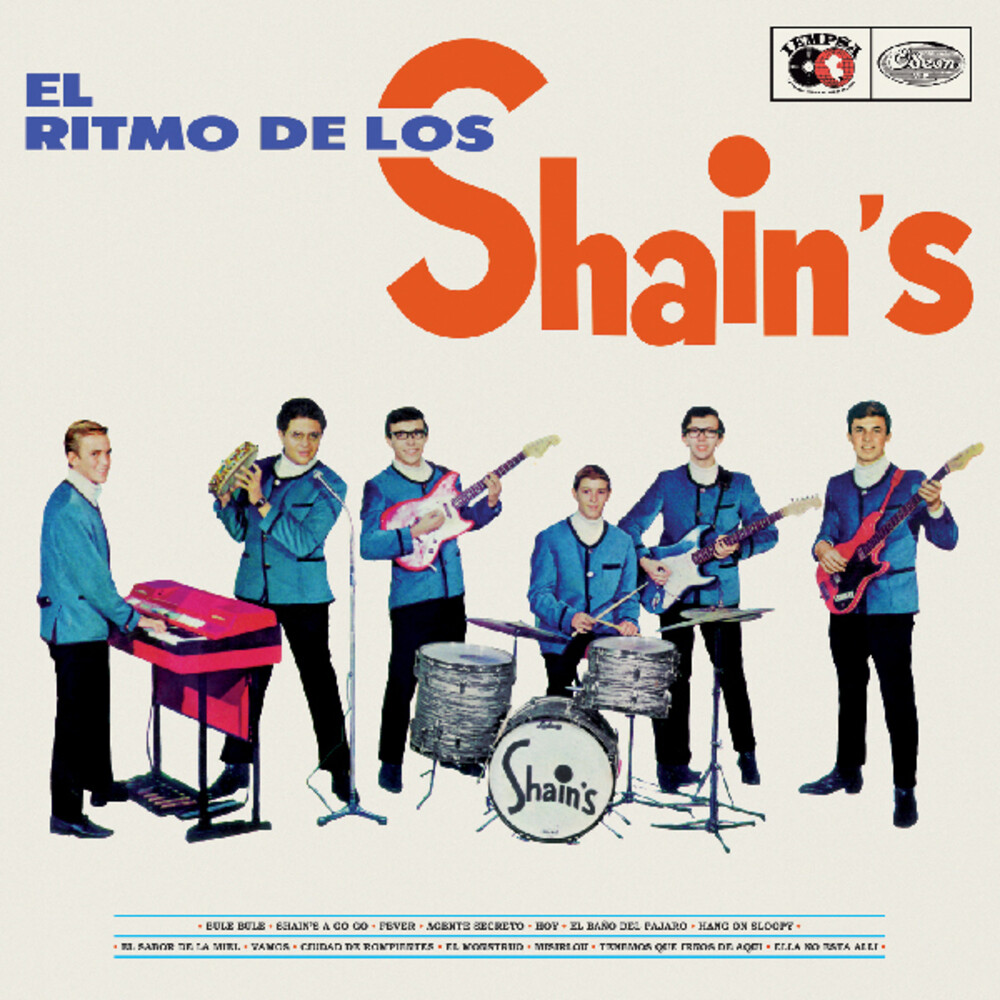 Munster Records present a reissue of El Ritmo de los Shain's, originally released in 1965. Talking about Los Shain's means talking about wild sounds and uncompromising garage rock. The repertoire of the Peruvian band is full of primitive screams, dirty fast guitars, tight drums, and Farfisa organ licks, an arsenal that made them one of the leading bands of the Peruvian '60s rock scene whose great influence spread over all Latin America. Although during the previous two years they had already released several singles that foreshadowed their enormous later impact, the first Shain's album came out in 1966, when they were still in their teens. In their beginnings they looked to bands such as The Beatles and The Shadows as reference artists, but soon they would begin to pay attention to other groups into harder sounds and genres like surf or even psychedelic garage. This turning point was driven mainly by two of their members: Pico Ego-Aguirre (guitar) and Gerardo Manuel (vocals). El Ritmo de Los Shain's is mainly, as it was common practice at the time, an album of covers: from the classic "Hang On Sloopy" to the wonderful "She's Not There" of The Zombies or the timeless "We Gotta Get Out Of This Place" popularized by The Animals. The instrumentals alternate with songs with vocals, often just wild screams that could make us think of a sort of early version of The Cramps. "Shain's A Go Go" is pure garage madness and "The Monster" a straightforward tribute to bands like The Novas, while in "Vamos" the initial drum rolls make it impossible for the name of The Sonics not to come to mind. One can't help but wonder what those parties in '60s Peru were like... Presented in facsimile artwork and pressed on 180 gram vinyl.
120 East Washington Street, Goshen, IN 46528 574-971-8282 Store Hours Monday-Thursday 10:30-5:00, Friday-Saturday 10:00-8:00.