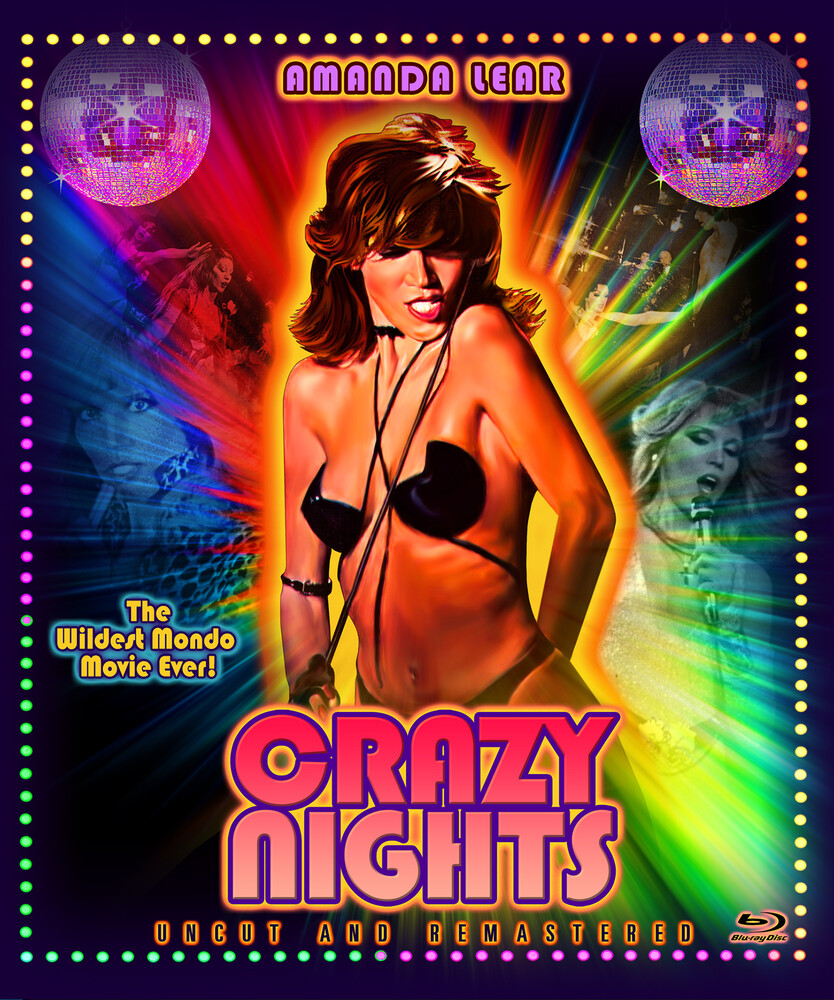 Italian exploitation icon Joe D'Amato's outrageous and rarely seen 1978 "mondo" movie meltdown CRAZY NIGHTS (aka Follie di notte) is one the strangest snapshots of the disco era you'll ever see. The legendary and controversial performer Amanda Lear appears here as herself, singing her signature dance floor hit "Follow Me" while D'Amato's camera uses her as an entry point into the glamorous, eccentric, often depraved annals of Rome's after hours nightclub scene. But that's only scratching the surface. CRAZY NIGHTS then meanders - in true "mondo" fashion - all over the world, filling the screen with strippers, sex and ritualistic absurdity, all set to the beat of Lear's sultry cabaret pop sound. Lear - who famously dated David Bowie, was the cover girl for many Roxy Music records and long served as Salvador Dali's lover and muse - was at the peak of her popularity when she signed on to film CRAZY NIGHTS. Originally pitched as a musical centered around her fame called FOLLOW ME, Lear believed the movie to be incomplete until - to her shock - it turned up in Italian theaters under the name Follie di notte. Horrified to discover that she had been tricked into starring in a full-blown exploitation film, Lear sued the producers, one of many reasons CRAZY NIGHTS has lapsed into virtual obscurity. Full Moon is pumped to be presenting this delirious and decidedly adult pseudo-documentary in it's fully uncut edit, remastered from the original negative. Get ready for the wildest and weirdest "mondo" movie ever made!