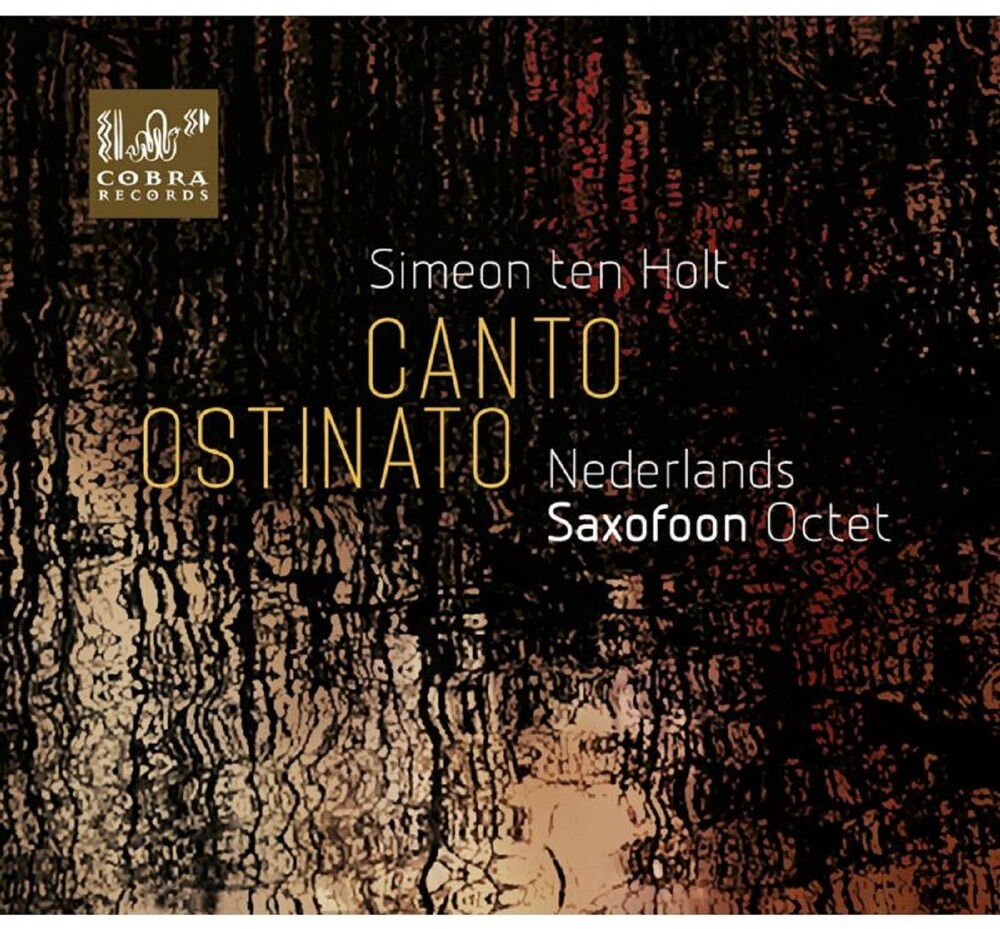 In the early 1970s many composers occupied themselves with serial, atonal or electronic music, Simeon Ten Holt returned to tonality. He wasn't conservative nor aiming for easy success, Ten Holt felt he had to do this. He was suffering from what he called 'artistic and creative anaemia'. It was not that Ten Holt had not mastered modern complex musical techniques, indeed between 1950 & 1970, he had composed several compelling and well written pieces in a post-serial style, but modern was never truly his idiom and composing language. In the early 70s Ten Holt began to doubt the music he was composing, he fell into a sort of crisis, realizing his approach had to change.One evening he sat behind the piano and rediscovered the physical aspect of composing, thus the first notes appeared of what would become Canto Ostinato, an evening-long composition for keyboard instruments, a musical landscape without a horizon; a composition without beginning or end. The score is laid out as a route for the performers to take, using the so called 'drift parts' at will. The number of players is undetermined, as is the total length and the number of repetitions of the various selections on which the composition is built. The freedom left to the performers gives them a great responsibility towards the final result.Canto Ostinato was originally written for keyboards from 1976-1979 but has since then been performed and recorded on many different instruments. This CD is the first recording of this piece performed by eight saxophones.The Nederlands Saxofoon Octet (Dutch Saxophone Octet, in short NS8) was founded in 2014 in Amsterdam by a group of recently graduated saxophonists. They wanted to go beyond the standard saxophone quartet and decided to form a saxophone octet. The ensemble has a wide range of saxophones that allows interesting adaptations to a range of music varying from chamber music to symphonies. The NS8 also collaborates with composers of contemporary music!
120 East Washington Street, Goshen, IN 46528 574-971-8282 Store Hours Monday-Thursday 10:00-8:00, Friday-Saturday 10:00-9:00.