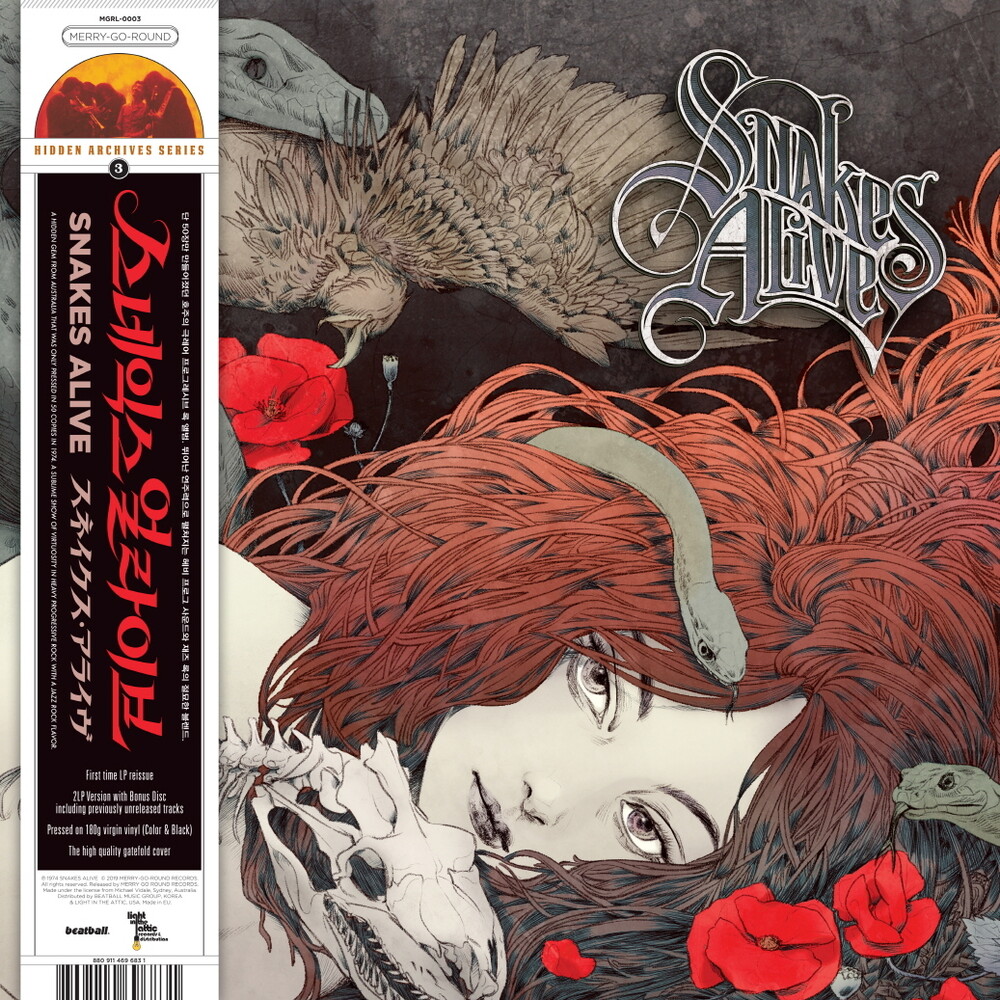 In 1975, there was an album that quietly faded into obscurity after pressing only 50 copies without even a cover. This album was recorded by Snakes Alive and released by them. Their self-titled album contains an exquisite combination of progressive rock and jazz rock, and it's sheer quality effortlessly showcased the magnificent talent of the members. But this album was barely known to people because of it's extremely small number of pressings before the availability of bootleg CDs.Splendid organs on top of a solid rhythm part form the core of the sound, and the solos of the two wind instruments demonstrate a strong presence throughout the record. The songs are dramatic and detailed - reminiscent of King Crimson - and their ability to create a variety of musical expressions makes one incredulous of their obscurity.The rarity of this album is such that it is now virtually impossible to figure out how many copies remain. Michael Vidale, the producer & bassist of Snakes Alive, has kept all the master-tapes in perfect condition. Thanks to him, it has been possible to reissue the album now in excellent sound quality. The reissued LP by Merry-Go-Round records is greatly significant in that it contains all the songs by Snakes Alive in two discs. Furthermore, the design of the album cover is different from that of the hastily-done bootleg CD, and has been recognized as the official cover by the members of the group.