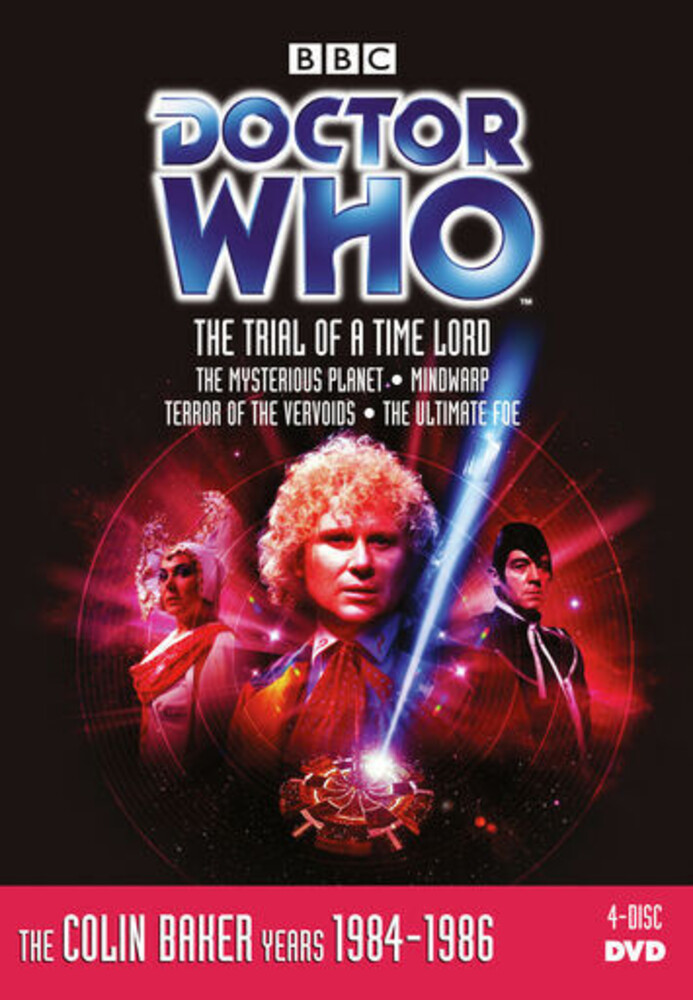 One of the most popular shows in British TV history, this long-running, shoestring-budgeted sci-fi saga followed the exploits of "the Doctor," a maverick scientist and adventurer who traversed space and time in the TARDIS, a high-tech craft disguised (well, stuck, actually) as a London police box. William Hartnell, Patrick Troughton, Jon Pertwee, Tom Baker, Peter Davison, Colin Baker, and Sylvester McCoy starred as the various eccentric incarnations of the Doctor during the series's initial 1963-1989 run. In one of the most dramatic (and longest) Who stories ever, the Doctor (Colin Baker) is held captive on Gallifrey and put on trial for violating the Time Lords' code of non-interference. Four stories ("Mysterious Planet," "Mind Warp," "Terror of the Vervoids, "The Ultimate Foe")-comprising the series's twenty-third season-are included. 5 3/4 hrs. Standard; Soundtrack: English Dolby Digital mono. Four-disc set.