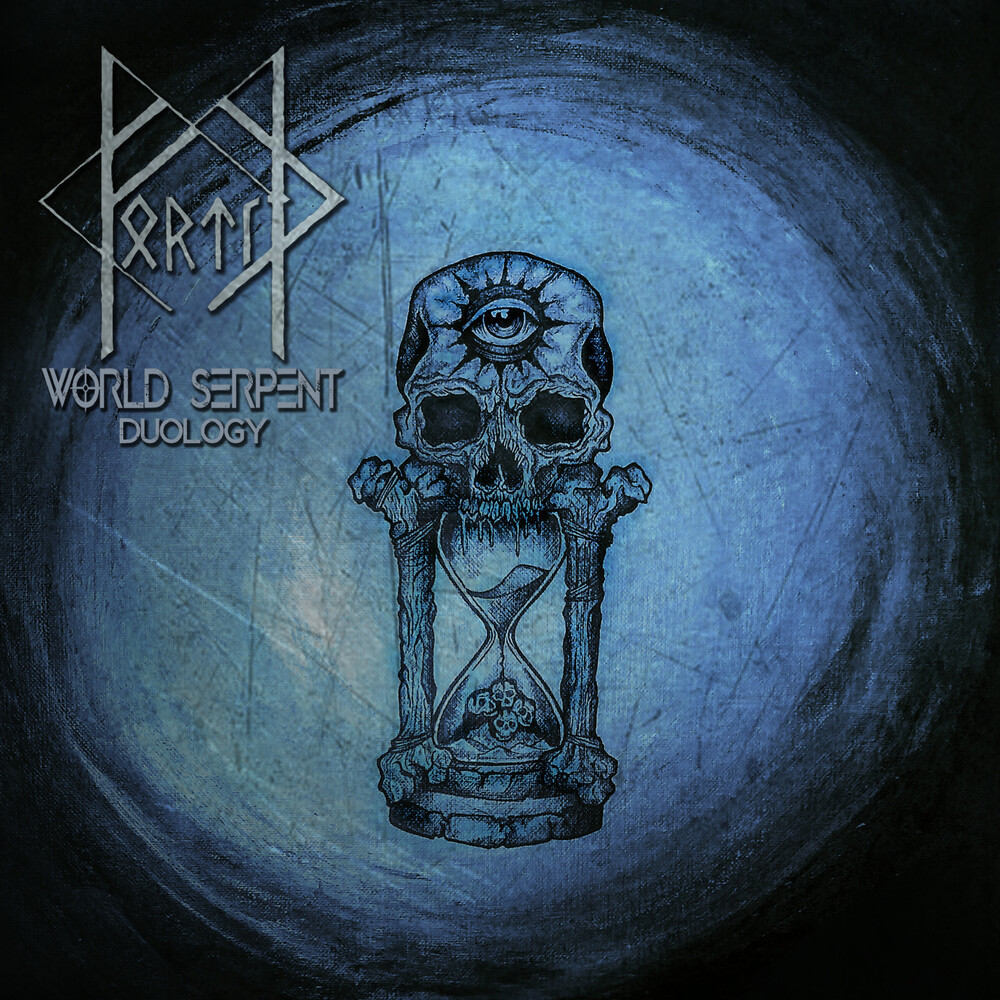 FORTID release the "World Serpent"! With this dark and deadly duology, mastermind Einar Eldur Thorberg delivers an album of two parts: The first five tracks were recorded with the former Norwegian line-up. The other songs are a creation of the multi-instrumentalist after changing his residence back to Iceland and enlisting the support of drummer Kristján Einar Gudmundsson (KONTINUUM) with whom he had previously collaborated in the native cult act POTENTIAM. "World Serpent" is loosely based on a unifying apocalyptic theme, but also a beast of two faces. The first half witnesses FORTID subtly experimenting with influences of Bay Area Thrash, while the second half returns to a more black metal approach with screams and clean vocals. Although both parts have diverging musical visions and even different line-ups, they complement each other rather than constitute two separate entities. Despite some subtle experimentation and drastic line-up changes, FORTID are still following the course that Einar Eldur set on the "Völuspá"-trilogy of albums from 2003 to 2010 as well as the acclaimed "Pagan Prophecies" (2012) and "9" (2015) full-lengths: harsh black and death metal riffing with a penchant for epic melodies combined with versatile vocals and a dose of "Icelandic sound". With "World Serpent", FORTID have unleashed a dark and deadly creature onto the pagan metal world! "World Serpent" is available as Digipak CD and on Gatefold 2LP vinyl (black, ltd. Transparent Curacao blue).