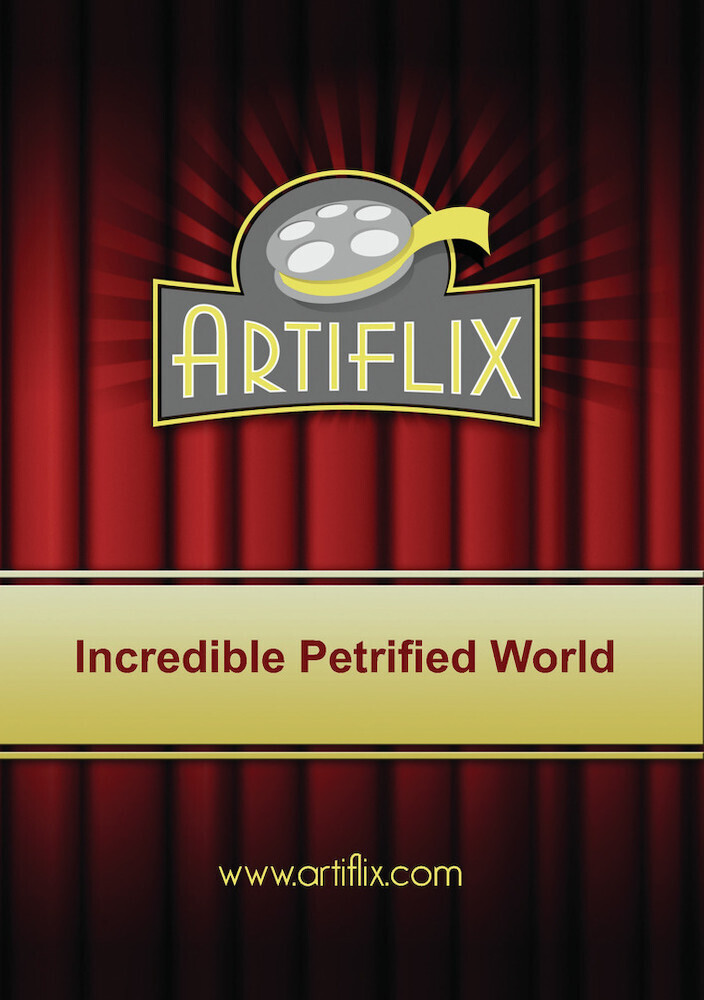 The Incredible Petrified World is a 1958 science fiction movie directed by Jerry Warren and starring John Carradine. It was only theatrically released on April 16, 1960, on a double bill with Teenage Zombies. The story was written by John W. Steiner. The plot of the movie is as follows. Professor Millard Wyman'Aos (John Carradine) sends a crew of two men, Paul Whitmore (Allen Windsor) and Craig Randall (Robert Clarke), and two women Lauri Talbott (Sheila Noonan) and Dale Marshall (Phyllis Coates), down to ocean depths never before explored. But, there'Aos a technical problem during the launch and the mission is believed lost. Miraculously the crew survives the mishap. However, they fear that their inevitable deaths are only postponed because they broke free of the cable connecting them to the surface and lost communication. Someone spots light out the bell'Aos window. They don'Aot understand it but they believe they moved up from where the mishap began. They determine that the pressure should be tolerable at a depth where light can be seen. They don their scuba gear and leave the bell. Instead of reaching the surface they surface in a cave. The crew explores the cave and finds some stock footage of a lizard. They also find a skeleton, then a living man who conveniently speaks English. He tells the crew that he suffered a shipwreck fourteen years prior and found these caves after sinking into the ocean. He claims there is no way out and a volcano provides air to the caves. Meanwhile, men working on the mission from the surface with sonar discover some unusual shapes moving near the doomed diving bell. Their bosses think it'Aos probably nothing. Prof. Wyman'Aos younger brother builds a bell but the launch is canceled. Prof. Wyman shows the man in charge of his brother'Aos mission modifications that he'Aos developed from the mistakes he made with the first bell. His pitch works and the second bell is launched. However, with the man in the cave becoming more suspicious and the volcano grows more unstable the second mission may not find them in time.