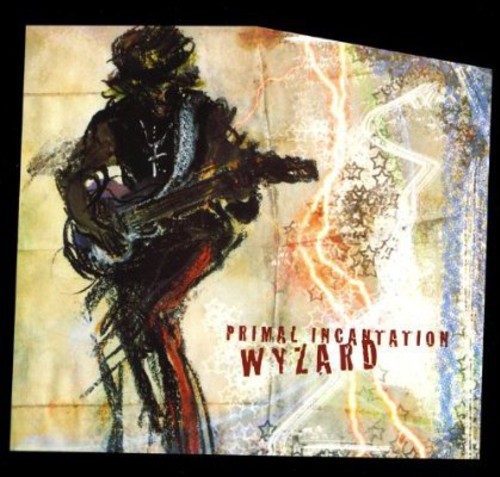 Wyzard is a visionary producer, an extraordinary bassist, intuitive arranger and a prolific songwriter. Most recognized for his work with Mother's Finest, Wyzard penned the popular song "Baby Love," that charted for Mother's Finest featuring Joyce Kennedy on vocals. The band's diversity and eclectic, solid rock n' funk landed it on tour billings with The Who, Parliament - Funkadelic, Aerosmith, Earth, Wind and Fire, AC-DC, Santana and other well known acts. Wyzard is currently working on a new Mother's Finest release. A professional musician since the age of 13 when he embarked on his first major tour with Jackie Wilson, Wyzard's innovative arrangements, songwriting, playing and producing originated what is called "Funk Rock." Other artists like Prince, Living Colour and Eddy Van Halen to name a few, have been influenced by Wyzard. In addition to his continual international touring with Mother's Finest, he toured and recorded with Stevie Nicks along with Waddy Wachtel, Liberty DeVito, Mick Fleetwood, Prince and producer Jimmy Iovine. Recent credits include bassist and engineer for the latest George Clinton single, 'Ain't That Peculiar' featuring Sly Stone. Wyzard is also a part of the multinational band "The Songdogs," featuring Carl Carlton and the international crew of Bertram Engel, Bobby Keys, Ian McLaughlin, Levon Helms, Sonny Landreth, Pascal Kravetz and James Gary "Moses Mo" Moore. Wyzard's production, songwriting and bass tracks on Guitar Shorty's album 'We the People' won him the Blues Foundation award for Best 2007 Contemporary Blues CD. As half of Simon-Seay Productions, with partner, Vida Simon, Wyzard wrote and produced many of the featured songs for Chuck Norris's "Walker Texas Ranger," including those for Nina Peeples. Simon-Seay Productions recently launched the new, Los Angeles based Label 'Brown Baby Music.' ....and the fans speak! 'Wyzard, Wyzard, Wyzard,... this is the CD we've been waiting for. Combining rock and soul in a way only Wyzard can do, you will enjoy this!' Keb Mo Wyzard is the Musician who can capture his listeners, sweep them up and take them for ride! He's the story teller who can Rock You, Funk You and finess you along the way!! A rare talent indeed. It's funk with enough energy to power the Las Vegas Strip. Funk bass starts with Wizard and ends with Wizard. His soulful voice is icing on the cake, making him a truely unique and dynamic performer unriveled by his peers. A romantically inspiring collection of rhythm, art, and emotion. It truly makes one want to dance, sweat and make love! THIS is absolutely acoustic ART. PROFESSIONAL GREAT AWESOME WONDERFUL. Your Bass-style is sensational. And not only the bass. To touch hearts and minds with music is not easy...Wyz made it...Never change anything!!! Stay great To me good music is always hard to describe. It's a mature version of funk-rock-soul x-over. But since it's done by one of the originators the heart of it all is high quality songwriting. You can hear that here is an adult who knows what music is about - and that gives a kind of composure and niveau that sets it apart from others. And 'The Down Inkline' is the perfect summer song to me So here we go, I think of it as Rock infused with some Soulful Funk! Always great to listen to no matter what kind of mood you are in at the moment! Wyzard has conjured up a CD full of magical tunes, that's extremely funky, edgy, soulful and powerful. It sounds like GOOD MUSIC!!!And the bass style I aspire to.....keep it up Wyz!!!!! I hold Wizard with the same high esteem I do with greats like Stanley Clarke, Alphonso Johnson and Larry Graham. His music is beyond funk. This music is unique, personal and unpredictable,... truly satisfying.
120 East Washington Street, Goshen, IN 46528 574-971-8282 Store Hours Monday-Thursday 10:30-5:00, Friday-Saturday 10:00-8:00.