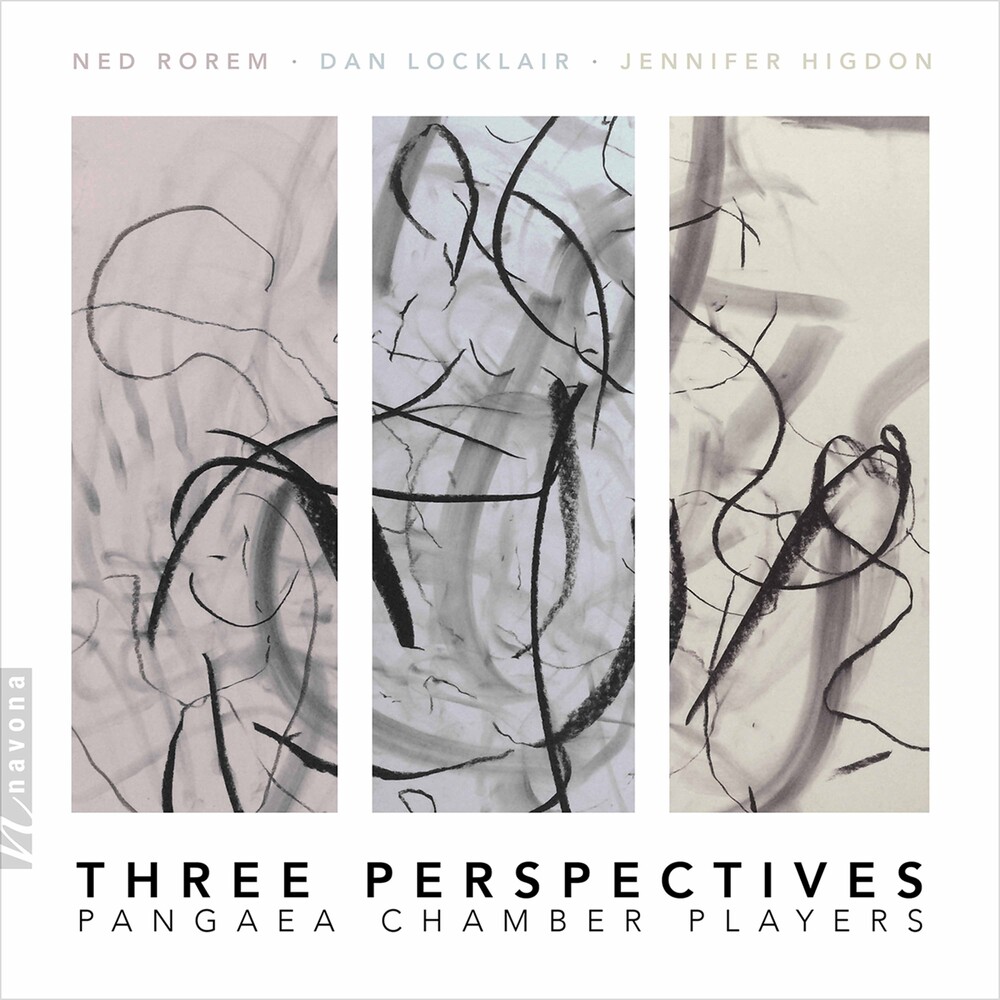 The piano trio Pangaea Chamber Players explores the fickle nexus between music and visual art in their Navona release THREE PERSPECTIVES. While the ensemble's flute-cello-piano setup might evoke ideas of Baroque music, there are no such reminiscences to be found. Instead, the young trio presents three new compositions by contemporary composers. Although recent works, all pieces on THREE PERSPECTIVES are tonal - perhaps owing to their descriptive, illustrative purpose. The album's title, after all, hints at the connections between musical and visual artistic expressions: music inspired by art, music inspired by artists, and art inspired by music. There's the beautiful cycle Reynolda Reflections by Dan Locklair, motivated by five artworks housed in the Reynolda House Museum of American Art, Jennifer Higdon's American Canvas, inspired by three American visual artists like Jackson Pollock, and Ned Rorem's Trio which reverses the process: several visual representations of this piece were drawn by artists during performances and rehearsals - one of them can be admired on the album's cover. It is a challenging project, to be sure; but the Pangaea Chamber Players are more than up to the task. With great clarity, care and precision, these new compositions are brought to life not only as black-and-white sketches, but as colorful, refined masterpieces, truly representative of the visual artworks to which they are so intimately wedded.
120 East Washington Street, Goshen, IN 46528 574-971-8282 Store Hours Monday-Thursday 10:30-5:00, Friday-Saturday 10:00-8:00.