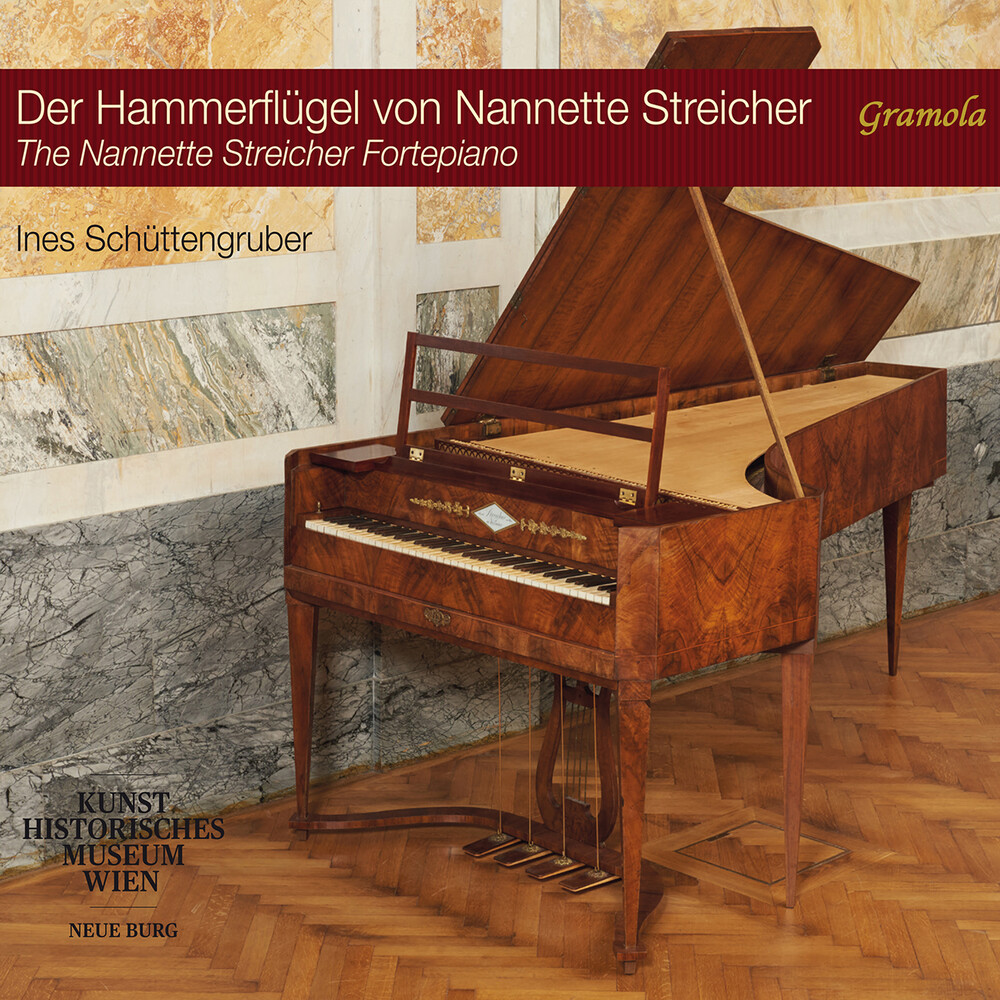 Nannette Streicher (1769-1833) was regarded throughout her life as a prominent piano maker, who was regarded in Vienna as the "third great Master" after Johann Schantz and Anton Walter already at the age of 27. Not averse to innovation, Nannette Streicher produced instruments at the highest technical level, while good relations with musicians such as Joseph Haydn, Ludwig van Beethoven or Ignaz Schuppanzigh, but also with amateurs such as Karoline Fürstin von Lobkowitz or Georg Graf von Apponyi were helping to sell the grand pianos, with numbers produced rising up to 85 instruments per year. One of these instruments from 1813 was donated to the Kunsthistorisches Museum Vienna by the Bösendorfer company, where it was restored from 2013 on and even made playable again. Ines Schüttengruber presents this fortepiano on this release with music from the time of it's creation by Ludwig van Beethoven, Johann Nepomuk Hummel, Franz Schubert, Ignaz Moscheles, Jan Václav Hugo Vorísek and Anna Maria (Nannette) Streicher.