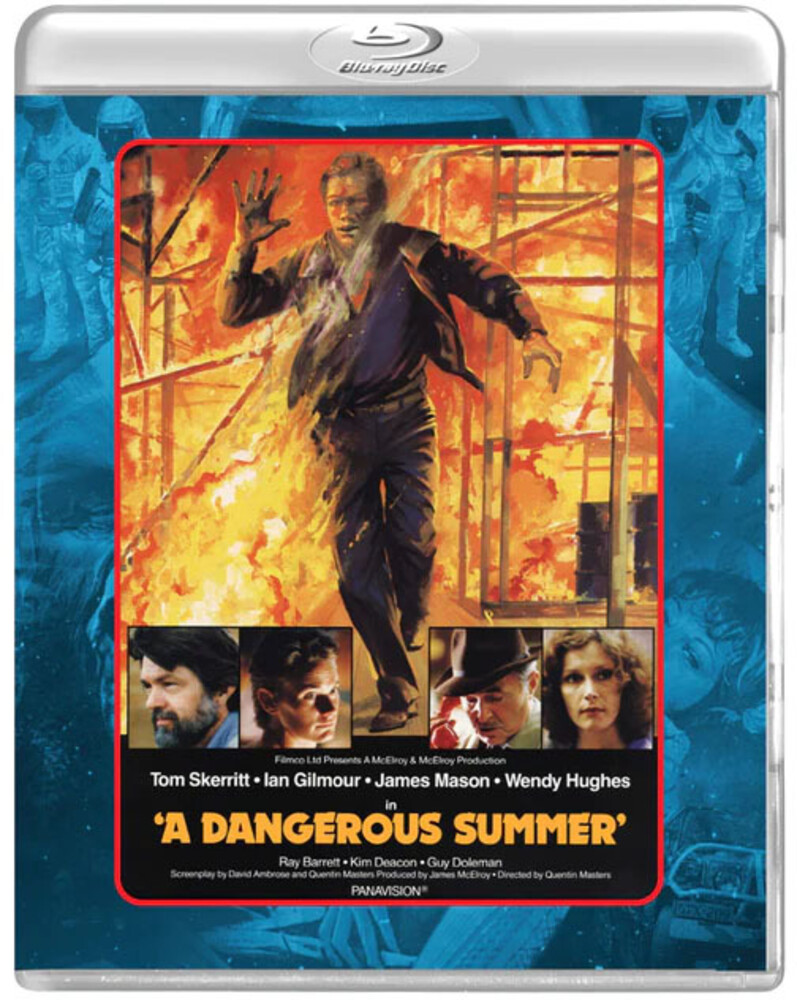 For the first time ever in HD, A Dangerous Summer is #18 in our Ozploitation collection.As was the trend for Ozploitation movies in the 80's, A Dangerous Summer features some international talent in none other than Tom Skeritt, hot off the back of his role in Alien (1979).A Dangerous Summer didn't quite make waves in it's home country of Australia, but Americans really took to the movie under the name Flash Fire.Hollywood heavyweights JAMES MASON and TOM SKERITT star in this gripping Ozploitation gem about Howard Anderson, an American architect, battling a deranged arsonist to save his million-dollar resort in the picturesque Blue Mountains. As temperatures soar and bushland is decimated, Anderson races to save his property - and also his daughter's life - from a madman whose crime has escalated from arson to murder. Packed with action, intrigue and one Ozploitation cinema's most iconic set-pieces (WENDY HUGHES dragged underwater by an unseen assailant at Bondi beach) A DANGEROUS SUMMER is a homegrown thriller that is as fast and explosive as a raging runaway bushfire! Extras:Includes a collection of 8 reproduction lobby cardsNEW! Audio essay on filmmaker Quentin Masters by author and film historian David Del ValleNEW! Interview with co-writer/director Quentin MastersNEW! THAT DANGEROUS SUMMER (1980) - a dramatized documentary produced by Jim McElroy and directed by Brian Trenchard-Smith.NEW! FILMCO trailer reel.NEW! The VHS experience.DANGEROUS SUMMER REKINDLED - 2006 interview featurette with cast members Wendy Hughes and Kim Deacon.Stills and poster galleryOriginal theatrical trailer