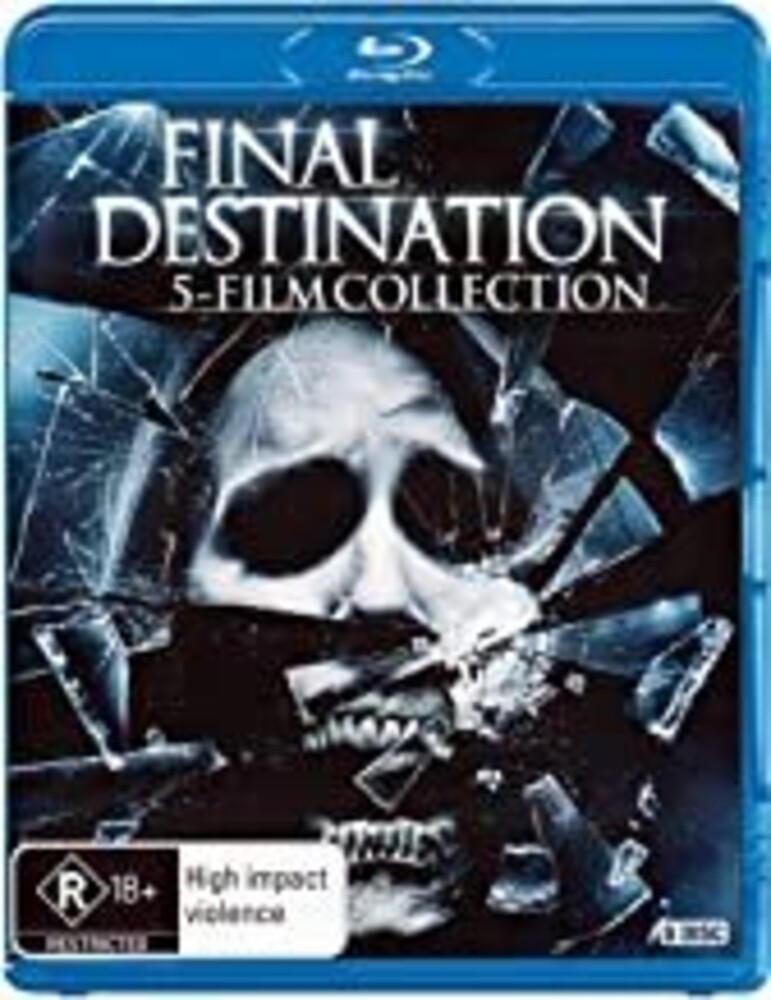 Five-disc set includes: Final Destination (2000) A high school student has a terrifying vision of a plane crashing right before he and his classmates are to head to Paris on a senior trip. Seven people leave the plane and watch in horror as the premonition comes true. Have the survivors truly cheated death, or, as they begin dying in mysterious ways, are they merely living on borrowed time? Devon Sawa, Ali Larter, Kerr Smith star in this unusual chiller from "X-Files" veterans Glen Morgan and James Wong. 98 min. C/Rtg: R Final Destination 2 (2003) Scary sequel to the surprise hit shocker stars A.J. Cook as a teenager who has a vision of a horrific multi-car accident while driving to Florida for spring break. Cook manages to save several people before the predicted crash occurs, but the survivors soon find death catching up to them. Teaming up with cop Michael Landes, Cook searches for Ali Larter, sole survivor of the first film's carnage, to see if her fatal fate can be avoided. 91 min. C/Rtg: R Final Destination 3 (2006) The third time's the charm as fresh-faced teens find their invulnerability rudely (and often) disproved by a Grim Reaper with a morbid sense of humor. Soon after high school senior Wendy (Mary Elizabeth Winstead) is spared from a grisly rollercoaster accident, she stumbles upon clues in digital photographs that suggest she and her friends are soon to meet their maker. Ryan Merriman, Alexz Johnson, Chelan Simmons also star. 93 min. C/Rtg: R The Final Destination (2009) Was it dark fate at work when the decision was made to mount this fourth (and "final"?) installment in the bone-chilling franchise that launched with the 2000 shocker "Final Destination"? In this chapter, one teen's spooky premonition saves him and his friends from death after a horrifying accident at the racetrack. But, will his psychic abilities be able to keep them ahead of the Grim Reaper for long? Bobby Campo, Krista Allen star. 82 min. C/Rtg: R Final Destination 5 (2011) Sam (Nicholas D'Agosto), an average office employee, manages to save several co-workers after his vision of a bridge collapse becomes a reality. Of course, the group soon learns that death doesn't like to be cheated, and they begin to die in a variety of creative ways. However, an ominous figure (Tony Todd) eventually emerges and offers a macabre suggestion for survival. Fifth entry in the fate-filled series co-stars Emma Bell, Miles Fisher. Not in 3D. 92 min. C/Rtg: R Widescreen; Soundtrack: English. Region Free