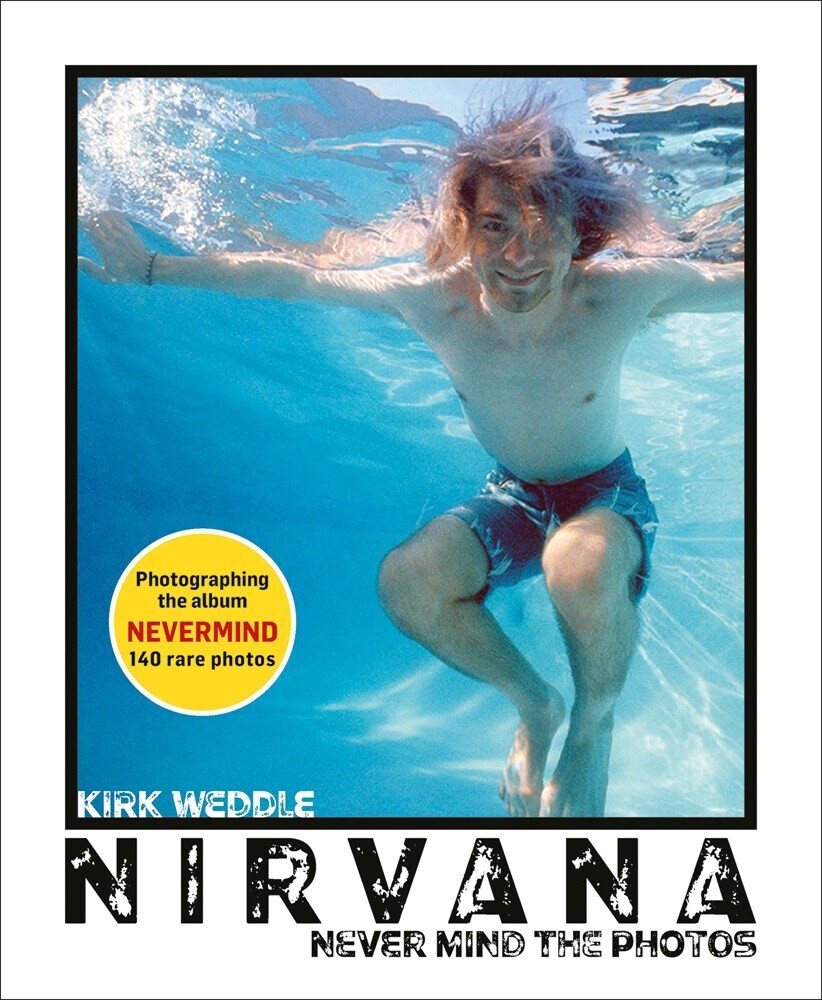 When lists are made and articles are written about rock and roll's greatest album covers - there's a consistent name at the top: Nevermind by Nirvana; Nirvana's breakthrough 1991 record that cemented the band's legacy into legend. The image of the baby floating towards a dollar bill on a fish-hook is instantly recognizable as iconic. Now - for the first time in book form - the photographer behind the lens shares his memories from that day, along with his nearly 140 outtakes, including promo shots of the band. Kirk Weddle, an up-and-coming photographer specializing in "submerged humans," was called by the album's art director Robert Fisher with the brief. Weddle went to work and over the course of a few days produced not only the album's iconic cover, but also a series of images of the band that were not used at the time. They are all reproduced in the book. The stories from Weddle of the days shooting - first a series of babies, then a series of the band - paint a picture of a band at the brink of superstardom. Tired from touring, they arrived 'surprised' to discover that they, too, would have to dive into the pool. "It was a cold, overcast day in Los Angeles. It wasn't the ideal swimming situation" remembers Weddle. Nirvana: Never Mind the Photos will be the first time the photographs will be published as a whole. The book showcases these extraordinary shots, examining just how difficult photographing an underwater baby turned out to be, nevertheless photographing an underwater band. These images of Kurt Cobain, Dave Grohl and Krist Novoselic capture the band as they dive in and submerge themselves into the rock icon stratosphere. With contributions, essays and quotes throughout - including from Steven Walker, owner of Modern Rocks Gallery (USA), journalist Steve Fairclough and album art director Robert Fisher, coupled with Weddle's own commentary - this one-of-a-kind book is an insightful celebration of one of the world's most iconic images.